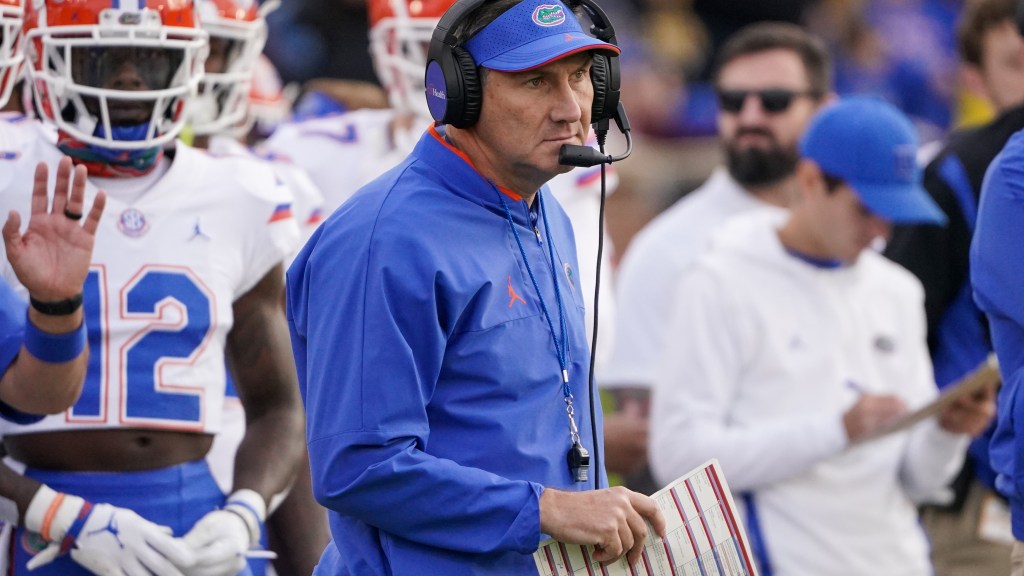 After setting the school record for all-purpose yards in a single game against Samford last week, it’s understandable why Mullen decided to give Jones the nod this week (despite fans clamoring for Anthony Richardson, who returned from injury).

Jones was fine in this game, throwing for 261 yards on 20-for-32 passing, and while he didn’t have any touchdowns (aside from his catch), he also didn’t throw any interceptions. But what is a little hard to understand is why, even as Jones and the offense struggled to score, Richardson didn’t see any reps, even in select packages as he did earlier in the season.

It raises the question: What is Mullen’s plan for the quarterback situation? While it may be true that Jones gives you the best chance to win right now, he’s just not where he needs to be as an upperclassman. Richardson is younger and has flashed much more potential. Assuming he has a good spring, he should enter the 2022 season as the starter.

But if that’s the case, then it makes his usage this season very puzzling. Jones’ problems are obvious to anyone who isn’t too stubborn to see them, and yet Richardson continues to not get those opportunities.

In the era of the transfer portal, it wouldn’t exactly be far-fetched for Richardson to consider other options, though he’s a Gainesville native who grew up a Florida fan. This team hasn’t been contending for anything for a while now, and Mullen hasn’t been willing to give the likely future at the position a chance other than in what was an inevitably bad performance against the behemoth that is Georgia’s defense.

It’s hard to understand why.