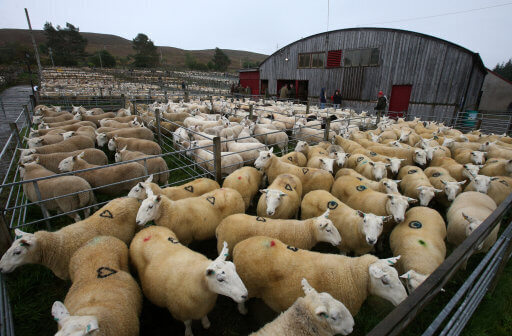 The UK and New Zealand yesterday reached a comprehensive post-Brexit trade agreement, but the UK’s largest farming organisation has expressed worry over the move.

The government says the deal will cut red tape for businesses, end tariffs on UK exports and create new opportunities for tech and services companies, while making it easier for UK professionals to live and work in New Zealand.

As with the recent Australia deal, the agreement will see tariffs between the two countries progressively eliminated over a 15-year period.

UK-New Zealand trade was worth £2.3 billion last year and is set to grow under the deal. The deal will remove barriers to trade and deepen access for our advanced tech and services companies, while making it easier for smaller businesses to break into the New Zealand market.

Tariffs as high as 10% will be removed on a huge range of UK goods, from clothing and footwear to buses, ships, bulldozers and excavators, giving British exporters an advantage over international rivals in the New Zealand import market - a market which is expected to grow by around 30% by 2030. High-quality New Zealand products loved by British consumers, from Sauvignon Blanc wine to Manuka honey and kiwi fruits, could be cheaper to buy.

Minettee Batters, president of the UK’s National Farmers Union expressed her concerns regarding the deal on BBC Radio 4’s Today programme this morning: “I think we should be very worried about it. It will have a massive impact because we have fully liberalised our marketplace, not just on lamb, but on dairy. We have the highest standards on dairy, we have very high costs of production here… our government must now explain how these deals will benefit UK farming”.

The NFU provides professional representation and services to its membership, and regularly negotiates with the government and national organisations on behalf of English and Welsh member farmers.

She explained: “When we get to the out of home market, which is 50% of the value of the food market, there is no regulation. You can say it has come from anywhere in the world. You can say that it has been produced five miles down the road, no one is checking. You bring in greater amounts of raw ingredients, whether it is lamb, butter, fully liberalising on apples, and what is in it for my members, what is in it for farmers”.

Ms Batters went on: “It [the government] has said publicly, several times, that it will not undermine our farmers, in future trade deals. I cannot see what is in it for our farmers. So they need to articulate that quickly and make sure that trade is fair. It looks extremely unfair from what I can see at the moment”.

“What about the farmers, are we intending on having less farmers here, because if we don’t export, and we have more coming in, you get into oversupply. That means in simple terms, the price goes down, so it has to be resolved, what is in it for the farmers of this country?”.

“… we are going to open our markets to the rest of the world, and we are not going to expect the same high rules on animal welfare and environmental protection that we have here. That will put farmers out of business”.

The New Zealand trade deal follows advanced free trade agreements already struck with Australia and Japan which the UK government hopes will help pave the way for membership of the Trans-Pacific Partnership (CPTPP), a free trade area of 11 Pacific nations with a GDP of £8.4 trillion in 2020.