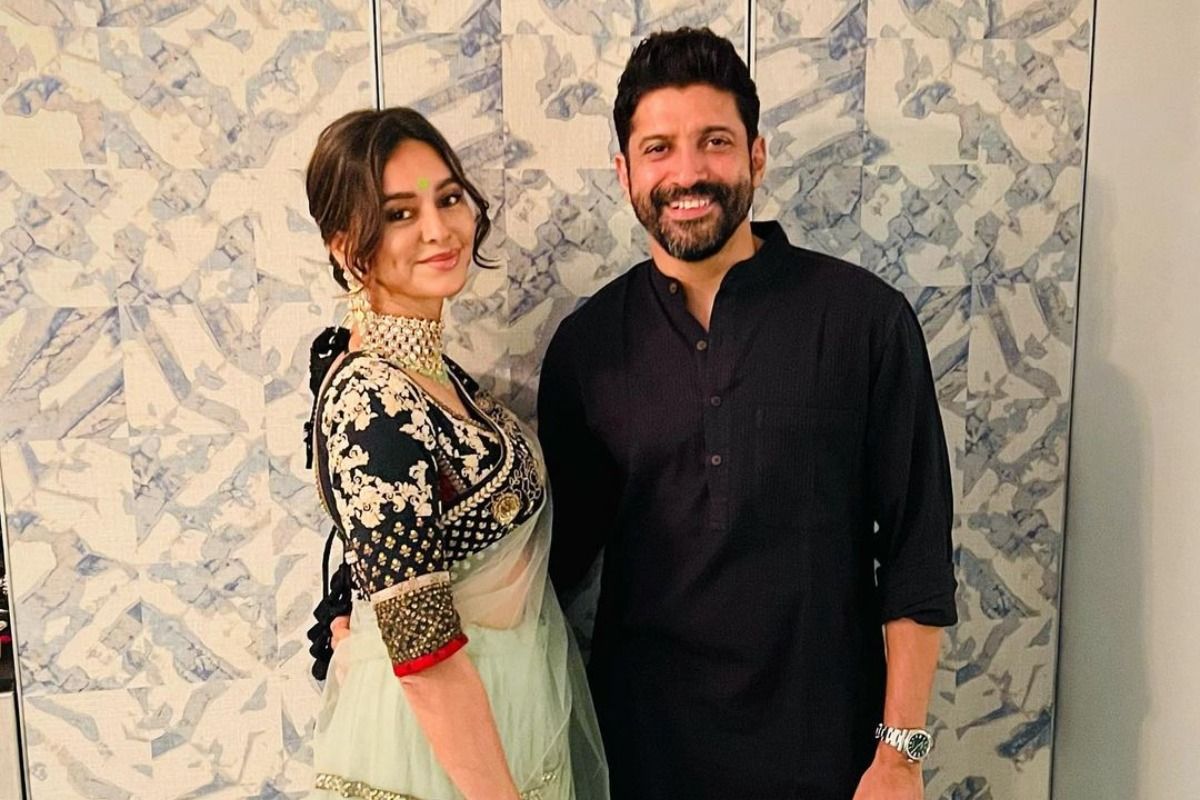 Mumbai: The year 2022 will see a slew of celebrity weddings, including Farhan Akhtar and Shibani Dandekar‘s nuptials, which are set to take place next month. The duo announced their romance a few years ago, where they both live together. Farhan Akhtar and Shibani Dandekar aren’t afraid to share their love on social media. Vacation photos of Akhtar and Dandekar from destinations like Mexico have also gone viral. Rumours of them marrying after four years of dating had been circulating for quite some time. According to several reports, the long-term couple will register their marriage on February 21, 2022.Also Read – Shibani Dandekar Hints at Wedding With Farhan Akhtar in 2022, See Her Birthday Post

The couple who has been dating for quite some time has now decided to take their relationship to the next level. According to Pinkvilla reports, Farhan Akhtar and Shibani Dandekar will register their marriage on February 21 in Mumbai. “They had been in love for a long time and a wedding was on the cards for them.” They’ve been talking about wedding plans for a while, and have now decided to go ahead and do it. Their romance will take a new step on February 21 when they take legal vows to be companions for life,” a source close to the couple claimed. Also Read – Zoya Akhtar Shares Unseen Photo of Farhan Akhtar on His Birthday, GF Shibani Dandekar Reacts

Actor-director Farhan Akhtar recently shared a post on his Instagram account with sweetheart Shibani as he captioned the post, “December duo @shibanidandekar” with a red heart. Model turned VJ Shibani was quick to comment, “was thinking maybe a little longer than December” with a wink and red heart emoji. Fans couldn’t help but storm the comment section with loving remarks. Also Read – Shibani Dandekar – Farhan Akhtar to Tie The Knot in Low-Key Ceremony, Know Date, Venue And Everything

The adorable couple has never actually spoken about their relationship status in public, despite the fact that tittle-tattle about them being a couple have frequently made the headlines. They’ve also been seen hanging out at renowned eateries throughout the city, igniting rumours about their apparent relationship. While Farhan and Adhuna Bhabani had been married for 16 years when they divorced. Shakya and Akira, their two daughters, were born to them. The two have maintained their friendly relationship.

Are you excited to witness Farhan and Shibani tie knots soon? Watch this space for more updates.