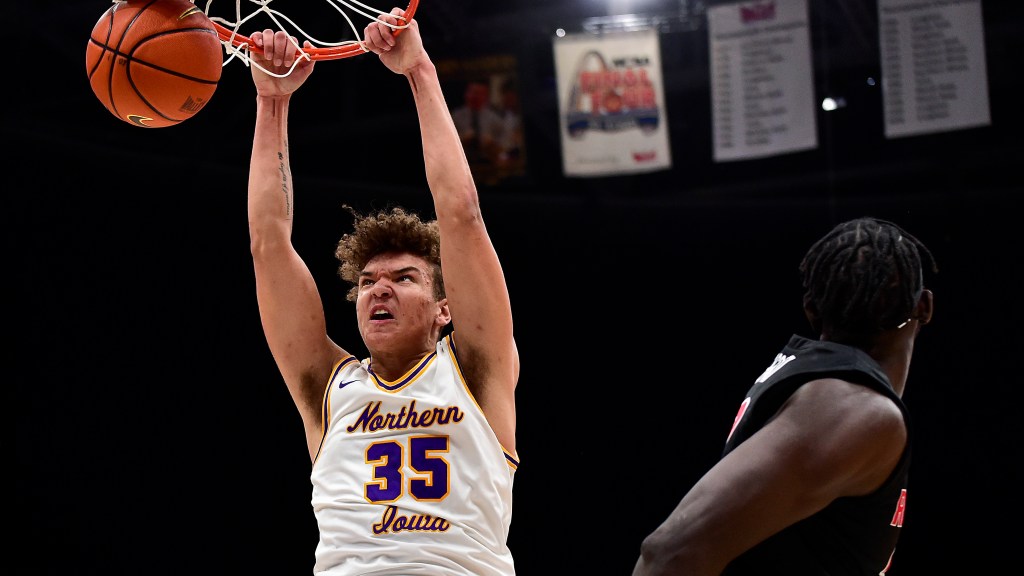 The Florida Gators will look like an entirely new team next season. Todd Golden has replaced Mike White as head coach, and six seniors are set to move on from the program barring a surprise return.

That means Golden will likely be dipping into the transfer portal and an early name being linked with the Gators is Nothern Iowa sophomore Noah Carter, according to 247Sports. The 6-foot-6-inch, 229-pound forward averaged 15.0 points and 4.1 rebounds in 2021-22 and has heard from several other programs since entering the portal on Wednesday.

“At the end of the day I’m trying to find a school that I fit in best and where I can make an impact,” Carter said. “Entering the portal has been something I’ve been thinking about for a while. I have some dreams and goals I want to achieve and I just believe that I’ll need to go to a different school and start a different chapter of my life to achieve them.”

UF has produced plenty of NBA players in the past and certainly has more eyes on it than UNI does. That said, Florida also plays in the much tougher Southeastern Conference, and Carter is relatively unproven against that level of play on a consistent basis.

With a few years of eligibility left on the table, Carter would have time to settle in wherever he lands. Often underlooked over his career, Carter is hoping he’ll finally get a chance to make the impact he knows he’s capable of.