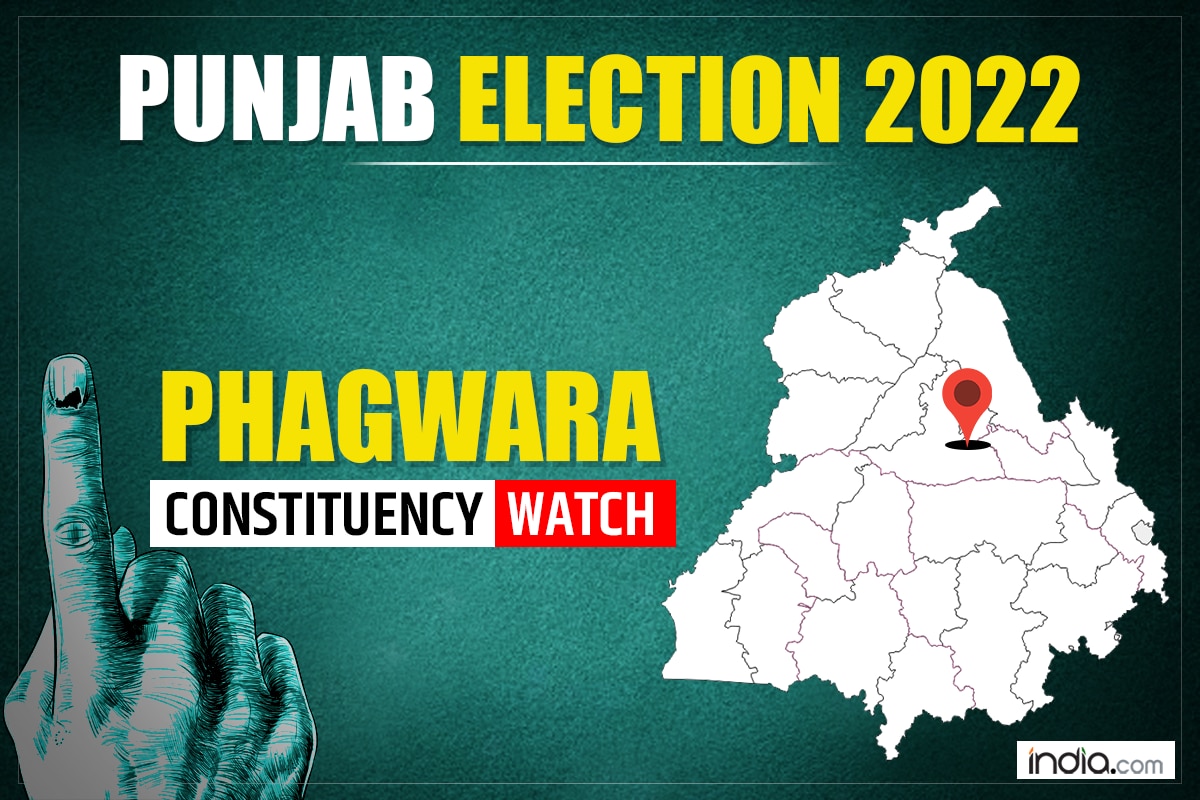 New Delhi: Situated in Kapurthala district, the Phagwara Vidhan Sabha seat of Punjab falls under the Hoshiarpur Lok Sabha constituency. Balwinder Singh Dhaliwal of the Indian National Congress is the sitting MLA of the constituency which is reserved for scheduled castes (SCs). As per the Election Commission data, the Phagwara assembly constituency has 1,51,668 registered voters, including 79,782 males and 71,886 females.Also Read – Saharanpur: BJP, Congress or SP — Who Will Win Fierce Triangular Battle? Key Facts

Both Bharatiya Janata Party (BJP) and Congress have equal chances to emerge victorious from Phagwara assembly seat. Since 1977 elections, Congress has registered victory from the Phagwara seat five times, while the Bharatiya Janata Pary has won the seat four times.  Political observers also asserted that it would be difficult to predict the winner as it was a close contest between Congress and BJP. For two consecutive terms 2012, and 2017, Union Minister Som Parkash won the Vidhan Sabha election from the constituency. However, in 2019, after winning the Lok Sabha election from Hoshiarpur seat he had to vacate the seat. Following this, by-polls were necessitated the results of which came in favour of Congress’ Balwinder Singh Dhaliwal.  Dhaliwal had won the seat by defeating Rajesh Bagha of Bharatiya Janata Party with a margin of 26116 votes. Also Read – Will Varanasi South Remain The BJP’s Impregnable Fortress?

The high-profile Phagwara Constituency (Reserve) is famous for being the favorite of bureaucrats (mostly IAS officers) for their entry into politics. Union Minister Som Parkash was a retired IAS (Retd.) who had served as the Deputy Commissioner of Faridkot, Hoshiarpur, and Jalandhar. Parkash was elected twice as an MLA in this important constituency on a BJP ticket before vacating in 2019. Also Read – Who Will Win The Battle of Chauri Chaura?

After Parkash, the seat was won by Congress candidate Balwinder Singh Dhaliwal, also a former IAS. Before joining politics in the year 2019, Dhaliwal also served as the Deputy Commissioner at different places, apart from working as the SDM of Phagwara. Now SSM has filed Khushi Ram with the hope of joining the league.

The BJP, on the other hand, fielded its former MP from Hoshiarpur and Dalit leader Vijay Sampla from the Phagwara assembly constituency. To contest in the polls, Sampla vacated the post of chairperson of the National Commission for Scheduled Castes after his candidature came under a cloud. He holds a strong political influence in the region and is being backed by party colleague and former MLA from the seat Som Parkash.

Key Candidates in Fray This Year

While Congress has entrusted the sitting MLA Balwinder Singh Dhaliwal, a retired IAS officer from the seat, the Aam Aadmi Party has nominated the grand old party’s turncoat Joginder Singh Maan. The Bharatiya Janata Party, on the other hand, has fielded former union minister and ex-chairman of the national commission of scheduled caste Vijay Sampla to reclaim the seat. Besides, Sanyukt Samaj Morcha’s Khushi Ram and Bahujan Samaj Party’s Punjab Chief Jasvir Singh Garhi are also in the fray from the Vidhan Sabha seat. Interestingly, Khushi Ram had previously held the post of Deputy Commissioner in several cities of Punjab, including Hoshiarpur, Tarn Taran, and Amritsar.

Who Rules Amritsar West Over The Years