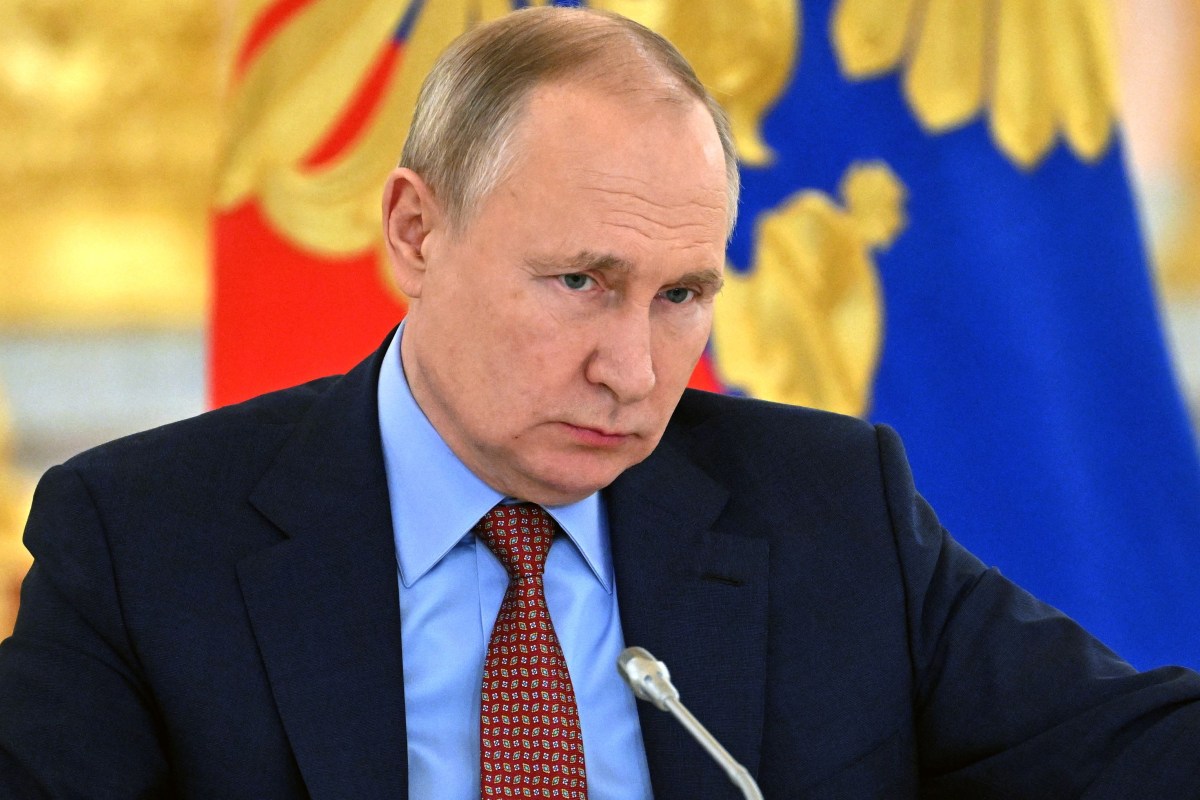 Spooks have “serious concern” the murderous tyrant could sink even lower by using terrifying toxins on civilians.

They said this afternoon: “We’ve got good reason to be concerned about possible use of non-conventional weapons.

“Partly because we’ve seen what has happened in other theatres for example in Syria… so it’s a serious concern for us.”

The Kremlin backed the Syrian despot as he butchered civilians with chemical weapons over several years.

Weaponising nerve agents and poisonous gas is a war crime and would further build the case to try Putin at The Hague.

Boris Johnson believes the threshold has already been met after fleeing families were bombed during a Russian “ceasefire”.

The PM said “there are few things more depraved than targeting the vulnerable and defenceless”.

Western officials say the humanitarian situation is “obviously terrible and getting worse” as Putin breaks ceasefires to strike fleeing families.

While Putin has badly miscalculated – and disgusted even his own citizens with the barbaric invasion – intelligence suggests Kyiv suffer a devastating onslaught.

One official said: “They are continuing to tighten the noose. I think they are re-posturing and learning lessons of what’s happened so far.

“So this definitely is not over, they are still set on moving in. We are reasonably confident it will be absolutely horrific when they do.

“They said Putin was on a crusade and would never accept anything but total victory.

The official warned: “Putin decided to do this and he will want to win on his terms… because he can’t lose it.

“And I am very worried of the costs and consequences for ordinary Ukrainians and what that means as well frankly for ordinary Russians.”