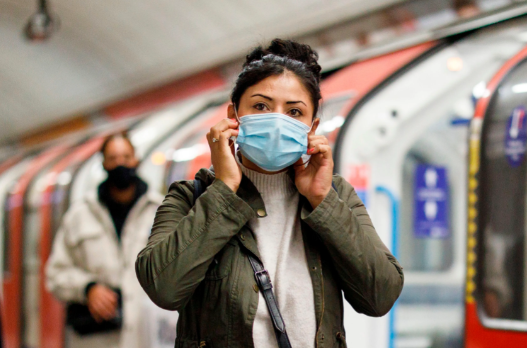 TOUGHER mask rules enter into force today that require Brits to cover up in virtually all public indoor places.

Masks must wear face coverings in a slew of settings such as shops, cinemas, bingo halls and even strip clubs – or face a hefty fine.

But pub, restaurants and gyms are exempt from the fresh Plan B squeeze to the relief of the nation’s drinkers and fitness junkies.

And there are also a number of loopholes letting people unmask in areas where that’d normally be banned.

Here are all the places in the Government’s regulations specifying where you do and don’t need to wear a mask.

Face coverings DO need to be worn in:

Face coverings DON’T need to be worn in:

Bonkers loopholes in the mask rules have been identified that could let people remove their face coverings in some venues.

Yesterday Downing St scrambled to clarify an exemption that allows for unmasking if you’re singing.

They confirmed that worshippers can remove their masks in church while humming hymns – but not when silently praying.

Similarly people can unmask to sing along to musicals in the theatre, but not while seated.

Officials refused to say whether that would extend to humming Christmas songs in supermarkets, joining in with school choirs or using phones on a crowded train.

But Downing Street warned that those caught warbling maskless would need to justify it. The PM’s spokesman said: “There is a reasonable excuse required for someone to be seeking to do that.

“While it wouldn’t be for me to say, it would be hard to justify. It’s not for me to make judgement on hypothetical scenarios. Throughout this pandemic, the police have done an excellent job in enforcing the regulations. And we’ve seen the public follow the rules by and large and I don’t expect that to change.”

However, No10 did admit some cops had misinterpreted the rules.

The spokesman added: “I think the individual forces have accepted there are times when they haven’t enforced the rules as set out.”

The new regulations also show masks are required while ice skating or on rollercoasters outside but not for dancing in nightclubs.

Late last night Downing Street insisted singing in a shop would not be a reasonable excuse to remove a mask – and would risk a fine.

A No 10 spokesman said: “These measures are designed to protect everyone as we deal with this new variant.

“You must wear a face covering when required and anyone flouting the rules faces a big fine.”