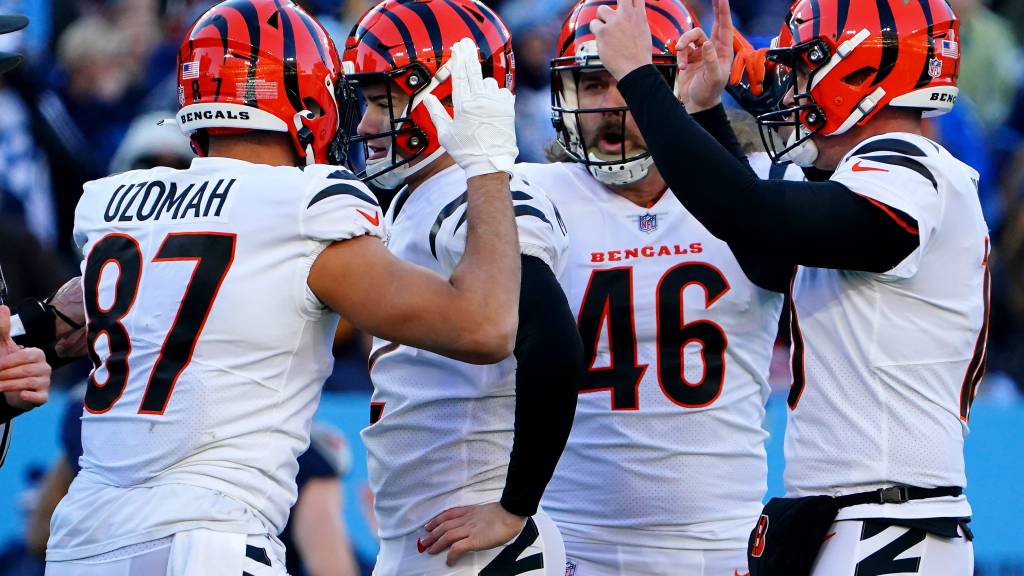 The Cincinnati Bengals have one of the best kickers in football.

And he’s a rookie calling his shots while sending his team to conference title games.

Evan McPherson, a fifth-round pick by the Bengals this year, had already nailed all three of his attempts during Saturday’s divisional round win over the Tennessee Titans.

Asked to go out as time expired and hit a fourth from 52 yards to win the game, McPherson shrugged it off and did just that.

Moments before, after a few practice kicks, the rookie apparently looked around and guaranteed the kick was going to be good, as Joe Burrow told reporters like ESPN’s Ben Baby:

It’s not uncommon to see onlookers mocking teams for drafting kickers. But McPherson has been a game-changer for the Bengals and he’s hit all eight of his attempts in the playoffs so far after missing just five of his 33 attempts all season (all of the misses from 40-plus yards out).

It just so happens he’s got the ice in his veins and swagger that Burrow carries around the rebuilt culture, too.