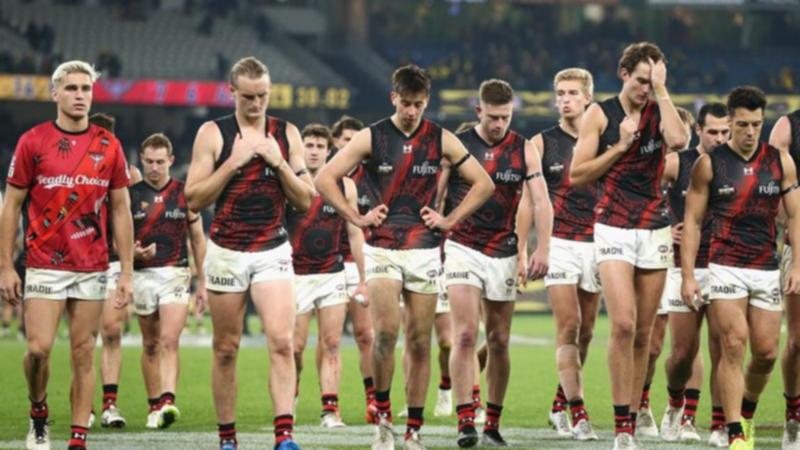 Essendon president Paul Brasher has announced a full-scale review of the embattled AFL club’s football operations and apologised to members for not informing them of chief executive Xavier Campbell’s contract extension.

An intense spotlight has hovered over the Bombers throughout a horror 2022 season, which has them 16th on the ladder with just two wins at the halfway point.

It has led to fierce criticism of the club hierarchy, including CEO Campbell, coach Ben Rutten and recruiting boss Adrian Dodoro.

An underperforming playing group has also come under fire, having taken a dramatic dive after playing finals last season.

In a video message to club members released on Monday, Brasher announced football director Sean Wellman is overseeing the review on behalf of the board.

Wellman, a Bombers 2000 premiership defender, will have assistance from club greats Kevin Sheedy and Simon Madden.

“We are looking at every element of the football program,” Brasher said, adding that the restless Essendon fanbase would have to be patient.

“The actions that come out of this review are likely to be incremental in terms of additional resources, rather than transformational.”

Brasher said key focus areas of the review will include player development, coaching and support for the coaching group, and recruiting and list management.

“The recruiting and list management area is one that’s going to be taking on a lot more importance this year because of the opportunities we have,” Brasher said.

“It’s always important, but this year we’re likely to have reasonably high draft picks, room in our salary cap and the ability to go into a period of trade, free agency and drafting with a real head of steam.”

Brasher said Essendon’s tough draw and injuries had contributed to poor results this year and predicted “real improvement” in the second half of the season.

“But make no mistake about it, we are still in development, we’re still a work in progress,” he said.

“Again, I would say to you that progress is not going to be linear, but it is going to be there.”

Campbell, who took over as CEO in 2014, had his contract extended to the end of 2024 in recent weeks.

The Bombers did not inform members of the new deal, news of which broke via the media earlier this month.

“I’ve had one or two people say to me that it was inappropriate that they should read about this in the paper before the club informed them and questioned whether we were trying to pull some sort of swift one,” Brasher said.

“To the second question, the answer is absolutely no, but I should apologise for the fact that you didn’t hear it from us first.

“But to the really fundamental question, the board unanimously agreed to extend Xavier’s contract because we believe that he is the best person to provide the stability that we need and to lead us through this next stage of our five-year strategic plan, including football success.”

Announced in December last year, the strategic plan set a target of every Essendon team – including both the AFL men’s and women’s sides – winning at least one premiership by 2026.