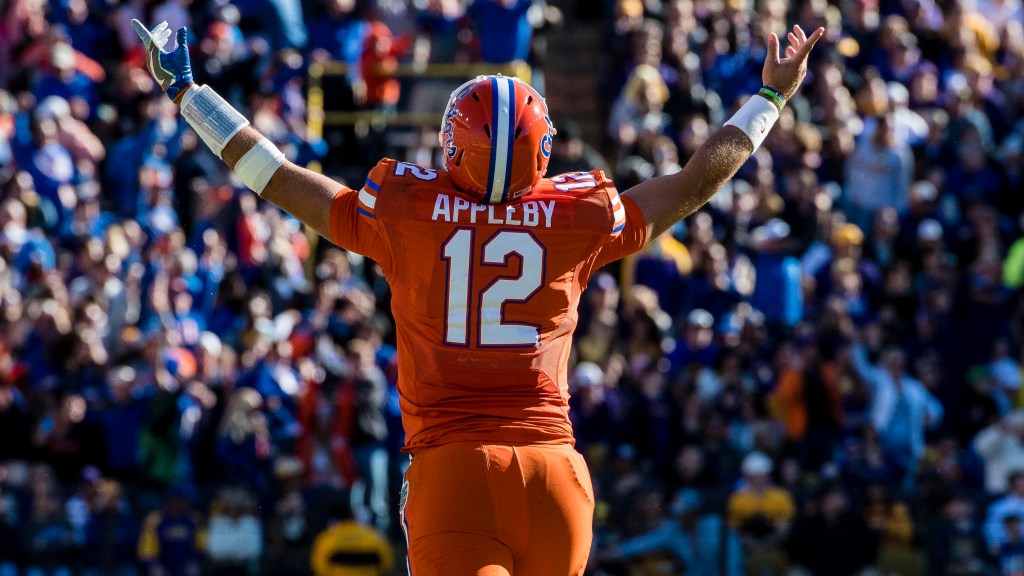 For the first time since 2016, Florida will be bringing out its all-orange uniforms on Saturday for its road game against the LSU Tigers. The last time the team wore that uniform combo was also in Baton Rouge, when UF upset the Tigers in a makeup game for Hurricane Matthew. That win clinched back-to-back SEC East titles for the Gators.

They’re bringing back the all-orange look, which for a time in the 1980s was the team’s primary home combination. Florida has worn the orange jersey with white pants more recently.

ESPN named the uniform combination one of its best in Week 7. Florida’s throwback uniforms against Vanderbilt last week (which featured a new orange throwback helmet) were also featured by ESPN.

The No. 20 Gators will do something for the first time since 2016 — wear an all-orange uniform on game day. The helmet features the word “Gators” in blue, written in a bubbly cursive font. Blue and white are the stripe colors down the helmet’s center and also are used on the shoulder caps and pant legs. Florida will sport these unis against LSU, which is — coincidentally? — the last team it defeated wearing this set, according to Gators Uniform Tracker.

Florida will hope that the orange uniforms bring good luck to Baton Rouge on Saturday, where it will attempt to give the Tigers their third-straight loss.

Gators Wire’s staff predictions: Can Florida beat a hobbled LSU on the road?