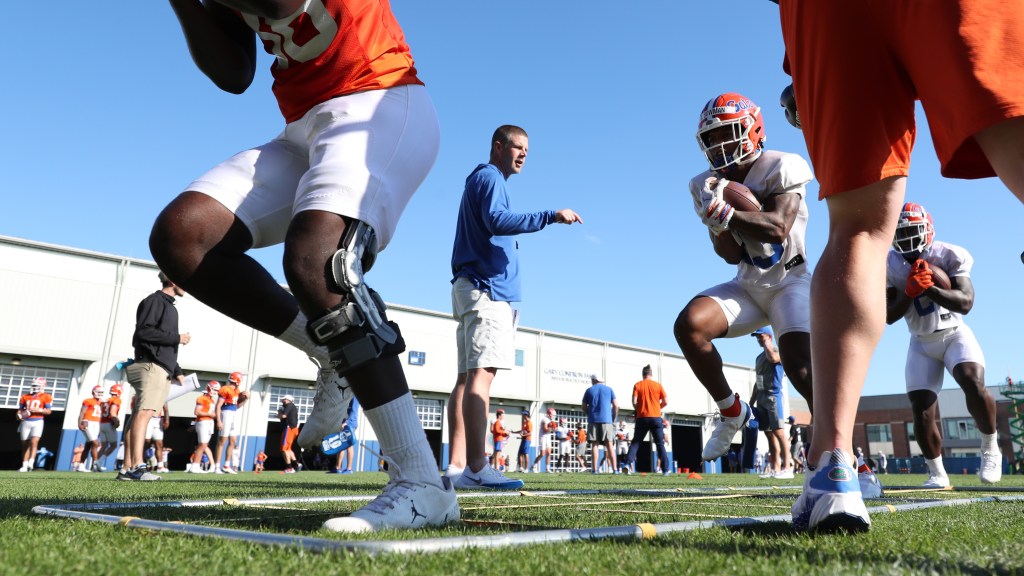 The 2022 college football season is still a few months away, but now that spring practice is over, attention is turning toward the upcoming fall schedule. For many in the sports media, this means releasing “too-early” ranking projections, while others reset the algorithms on their computer models in preparation for the incoming campaign.

The outlook does not look terribly rosy for Florida football so far, which has undergone a major facelift in the coaching and staffer department, trading in a worn-out Dan Mullen for a shiny new Billy Napier. Of course, the fanbase will demand instant gratification but the changing of the guards is likely to be anything but fluid. And many agree.

USA TODAY Sports’ preseason top 25 did not even bother to mention the Gators, while they landed at No. 55 in the 1-131 re-rank published recently. However, one particular metric seems to be high on the Orange and Blue — ESPN’s Football Power Index, which has it creeping into the top tier of teams at No. 25. Of course, the goal of FPI is not to rank teams but to measure their strength and project performance in order to predict games and season outcomes, but it is still an encouraging sign.

Florida is tied for eighth in the conference in FPI rating with Mississippi State, with Alabama leading the way, followed by Georgia, Auburn, LSU, Texas A&M, Ole Miss and Kentucky. Even though Tennessee cracked USA TODAY Sports’ top 25, they sit at No. 10 in the SEC just a hair behind the Gators and Bulldogs.