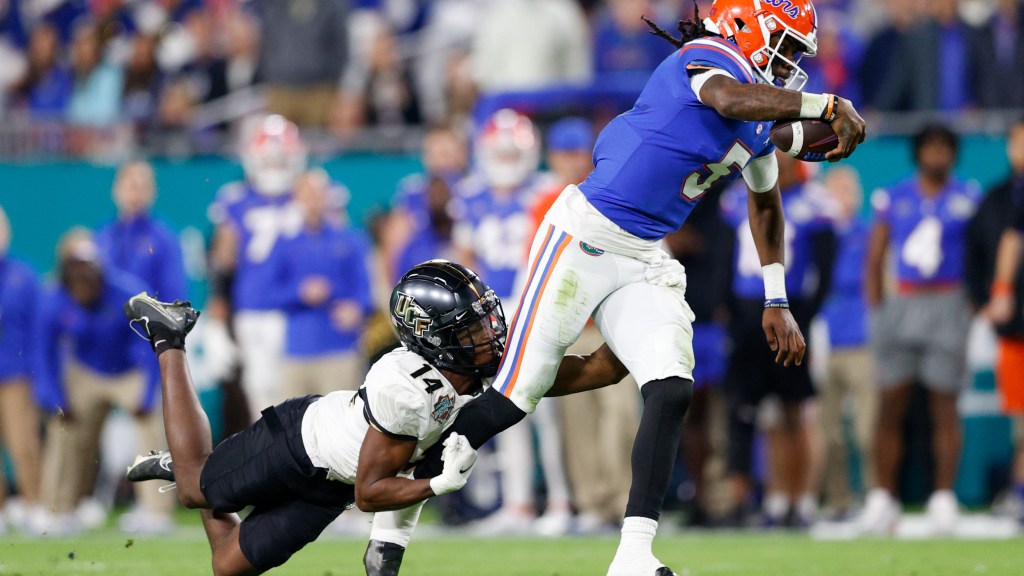 It was a season to forget for Florida fans after a beyond-disappointing campaign on the football field coupled with their biggest rivals, the Georgia Bulldogs, celebrating their first national championship since 1980. Along the way, the Gators found ways to make it a historically bad season, culminating with a defeat at the hands of the Central Florida Knights to lose state-wide bragging rights.

Strangely, the computer models have favored Florida over the course of the 2021 schedule despite their poor performances, including ESPN’s College Football Power Index. The FPI is a predictive rating system that uses advanced analytics to measure team strength, using that data to forecast results for both games and the season as a whole.

FIP was extremely bullish on the Gators even after the Week 9 loss to UGA that dropped them to 4-4 on the year, keeping the Orange and Blue in the top 10 at No. 8. The subsequent loss to the South Carolina Gamecocks is where things began to unravel, however, as UF tumbled to No. 20 and continued its fall afterward. Immediately following the loss to UCF, Florida found itself ranked No. 36, but after some of the bowl games played out, moved up to No. 34 on New Year’s Day.

While there was some movement between then and the final rankings — the Gators dropped two spots after the title game — Florida finishes the season at No. 34, with the Appalachian State Mountaineers (10-4) a spot ahead and the Kansas State Wildcats (8-5) in the spot behind. Only the Texas Longhorns (No. 24, 5-7) and Nebraska Cornhuskers (No. 29, 3-9) are ranked higher with worse records.

Florida finished the 2021 campaign with no votes in either the USA TODAY Sports AFCA Coaches Poll or the AP Poll after starting the season ranked No. 11 and No. 13, respectively. New head coach Billy Napier and his staff have quite a hole to dig out of heading into the fall of 2022.