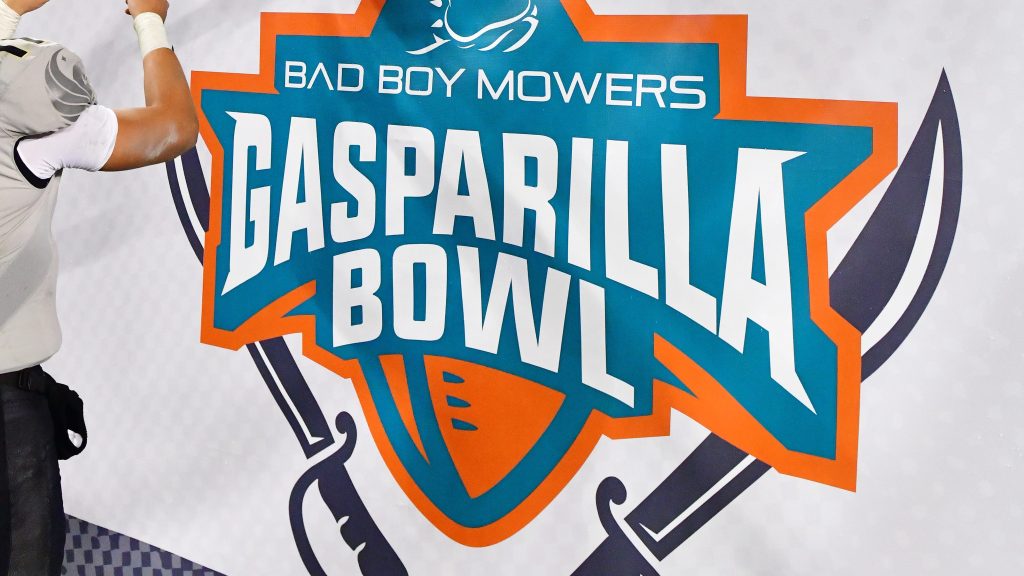 Florida managed to avoid missing a bowl game for the third time since 2013 with a victory in the regular-season finale against Florida State. The Gators draw UCF in the Gasparilla Bowl in Tampa for a matchup that will preview the two-for-one series that begins in 2024.

It’s been a bit of a down year for the Knights, as well, who sit at 8-4 and weren’t among the elite class of American Atheltic Conference teams in 2021. UF is the favorite, but it will be without a few key players, including defensive end Zachary Carter, who chose to declare for the 2022 NFL draft and opt out of the Gasparilla Bowl.

ESPN previewed each of the 42 bowl matchups this season, and here’s what it has to say about UF’s players and storylines to watch when it takes on UCF on Dec. 23.

Player to watch: QB Emory Jones. With quarterback Anthony Richardson reportedly sidelined from the bowl game because of a right knee injury, Jones will again be under center for the Gators before he transfers for next season. Jones has passed for 2,563 yards with 19 touchdowns and is the team’s leading rusher with 697 yards and four more scores. However, Jones also threw 13 interceptions and lost two fumbles. He had 464 yards with six touchdowns and ran for 86 yards with one score in a 70-52 victory against FCS program Samford, setting a UF record for total offense in one game.

Storyline to watch: After Dan Mullen was fired and Louisiana’s Billy Napier was hired to replace him, how much motivation will the Gators have to play UCF? Top pass-rusher Zach Carter (11½ tackles for loss and eight sacks) opted out and will begin preparations for the NFL draft. Leading receiver Jacob Copeland (39 catches for 607 yards with four touchdowns) and leading tackler Mohamoud Diabate (89 tackles) have entered the transfer portal and aren’t expected to play, either. The Gators had better be motivated, because UCF will be. — Mark Schlabach

Jones has announced that he will enter the transfer portal after the conclusion of the season, but he intends to play in the bowl game against the Knights. There have been a few transfers who will not participate, including Copeland and Diabate. Motivation will certainly be a question for UF, and as Schlabach points out, it won’t be for UCF.

Player to watch: QB Mikey Keene. Keene replaced Dillon Gabriel, who broke his collarbone in Louisville in September. Gabriel is now in the transfer portal, which means the freshman will have a chance to show a national audience what he can do against Florida.

Storyline to watch: The in-state matchup. UCF has wanted a matchup like this, and it is getting it, despite Florida having a down year and playing with an interim head coach. However, it will mean more to UCF than it will to Florida, which is getting ready to start a new regime under Billy Napier. — Harry Lyles Jr.

As mentioned above, the Knights undoubtedly have more to play for in this one than a Gators team that will be dismissing most of the staff coaching in this game following its conclusion. There are likely going to be more transfers and roster attrition in the coming weeks and months, but for now it seems like UF will be relatively close to full strength, at least more so than in last year’s Cotton Bowl loss to Oklahoma.

Florida will look to cap off a frustrating season on a high note against an in-state opponent.


5 downsides of Florida football playing in the Gasparilla Bowl