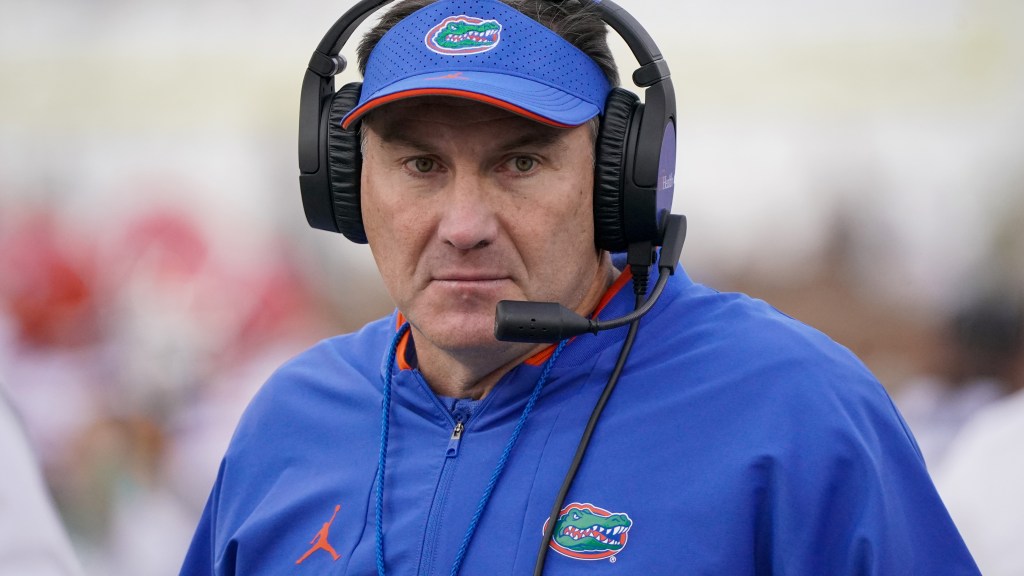 Florida’s season is a hard one to reflect upon. At one point, this looked like a team that could compete for a national title as it took Alabama to the wire, though its comeback effort fell just short in a two-point loss. But after that, they finished the season 4-5 with losses to Missouri, South Carolina and LSU, and that dropoff signaled the end of the Dan Mullen era in Gainesville.

Mullen was fired after the loss to Mizzou, which dropped the Gators to 5-6 on the season. In the “top 10 bottom 10” moments from the 2021 season, ESPN’s Ryan McGee ranks Mullen’s rapid collapse as the third-biggest blunder of the season.

3. Florida Man rides down collapse all the way to exit door

If you’ve ever watched or listened to Marty & McGee (and if you have, thank you), then you know that Mr. Smith and I are seen by some as experts on fake Southern accents. You also know that, thanks to Hillbilly Headlines, we are also experts on the exploits of Florida Man. But no story we reported on — not the naked guy twerking in the middle of I-4, or the guy who robbed a Walmart using a Hoveround scooter, or the man who filled a pothole in his neighborhood with a banana tree — could top the exploits of the Florida Man in Gainesville who almost beat Alabama and then promptly explained how he doesn’t recruit in-season, browbeat the media for questioning how his team surrendered 52 points to FCS Samford and got fired after an overtime loss to Missouri. I wrote about, talked about and Bottom 10’d about the whole mess … which made it a little awkward when I showed up for Marty & McGee at the SEC championship game and saw that said Florida Man had been hired as an analyst for the weekend.

The way the Mullen era came to an end was fast in a fairly unprecedented way, and it even ended with Missouri coach Eli Drinkwitz getting some revenge in the Darth Vader Saga. Now, Florida is rebuilding again under coach Billy Napier, and it will hope for a quieter 2022 season that doesn’t feature as many meme-worthy moments.