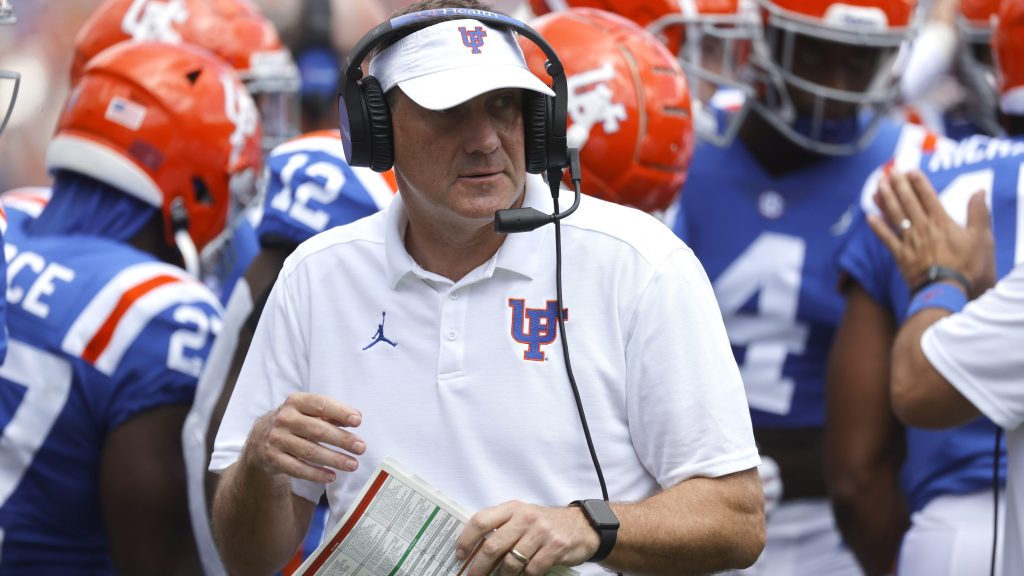 Florida entered the season hoping to make a run to the College Football Playoff, or, at the very least, return to the New Year’s Six for the fourth-straight season. Now, after a 4-4 start to the season, both those ships have long since sailed.

The Gators will be heavy favorites in the four remaining regular-season games, and if this team struggles to get to bowl eligibility, it has much bigger problems than a blowout loss to Georgia.

But even if Florida can find its way to bowl season, the end result likely won’t be much of a consolation. ESPN’s latest bowl projections are split on the Gators, but they’re in agreement that the team won’t be heading to a premier bowl location.

Mark Schlabach predicts that the team will be heading to Charlotte to take on the North Carolina Tar Heels in their home state at the Duke’s Mayo Bowl. UF has never played in the bowl game, which has gone by many names since its introduction in 2002.

Kyle Bonagura, meanwhile, predicts a slightly better (and more familiar) bowl destination for the Gators: the Outback Bowl. Florida last played in the game after the 2016 season, when it beat Iowa 30-3.

Bonagura has them drawing the Minnesota Golden Gophers, who sit at 6-2 despite early losses to Ohio State and FBS bottom-feeder Bowling Green State.

Despite the fact that Florida’s program has existed since 1906 and Minnesota’s since 1882, these two programs have never faced each other on the gridiron, which would at least provide a slight bit of intrigue for this game.

Both of these outcomes would be disappointing, given the expectations heading into the season. But the Outback Bowl would be a more prestigious landing spot closer to home, and Gators fans will hope the Bonagura is right instead of Schlabach.


A brief history of the Florida and South Carolina rivalry


Scouting the South Carolina Gamecocks ahead of Saturday’s matchup


Expert Predictions: What to expect from the Gators-Gamecocks matchup


10 things you must know ahead of the Gators-Gamecocks game