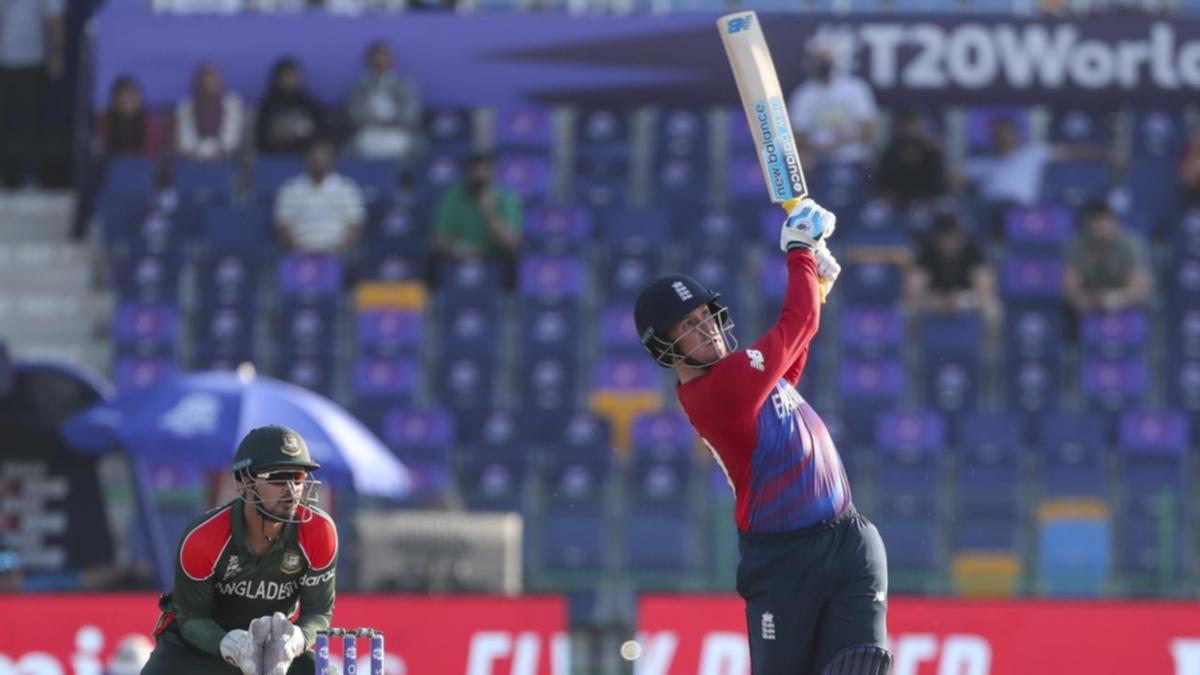 England have continued their march towards the Twenty20 World Cup semi-finals with their second straight win, an eight-wicket romp against Bangladesh in Abu Dhabi.

Spinner Moeen Ali (2-18) struck in the powerplay and Tymal Mills (3-27) dominated the death overs to restrict Bangladesh to 9-124 at the Sheikh Zayed Cricket Stadium on Wednesday.

Opener Jason Roy then hit 61 off 38 balls as England, bidding to become the first team to hold the 50-overs and 20-overs World Cups at the same time, chased down the target with 5.5 overs to spare to maintain top spot in their six-team group.

Bangladesh had won the toss and elected to bat on a deck their skipper Mahmudullah described as a “belter”.

Mahmudullah was soon left to rue that decision as England dominated the powerplay reducing Bangladesh to 3-27 after the first six overs.

Moeen has enjoyed operating with the new ball in recent times and the off-spinner once again was in the thick of things removing both the openers in the third over.

Liton Das offered a top edge at backward square leg and Mohammad Naim sent the next ball straight to mid-on but Bangladesh’s powerplay woes were not over yet.

Mushfiqur Rahim made a run-a-ball 29 before trying to reverse-sweep Liam Livingstone and getting trapped LBW in the process.

Bangladesh had to wait until the penultimate over for their first six in their innings when Nasum Ahmed smashed a couple against Rashid though they still fell short of the 125-mark.

England began their chase briskly to snuff out any prospects of an upset in the first ever 20-overs contest between the sides.

Jos Buttler fell for 18 but Roy killed off the contest with his whirlwind knock that included three sixes.