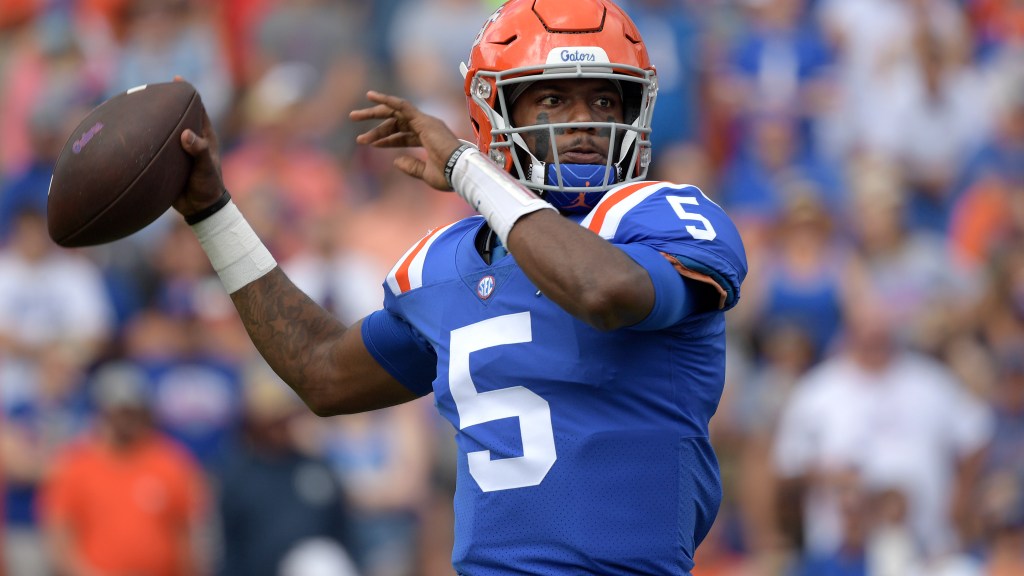 It didn’t really come as a major surprise when redshirt junior Florida quarterback Emory Jones entered the transfer portal ahead of the Gasparilla Bowl. Jones waited four years for his chance to start, but his lone year helming the offense didn’t go as planned.

He never really got comfortable in the role and struggled with inconsistency, throwing for 2,733 yards, 19 touchdowns and 13 interceptions. He was benched twice during the season for Anthony Richardson, who showed a lot more potential despite dealing with a lingering knee injury throughout the season.

If Jones’ start in the bowl game was a chance to plead his case to the new coaching staff, it didn’t go very well as he was mostly ineffective against UCF. However, Jones may not have played his last game in the orange and blue.

According to a report from On3’s Matt Zenitz, Jones never actually entered his name into the transfer portal, and though he planned to, he also attended a team meeting with the Gators on Tuesday and is enrolled in classes at UF for the spring semester.

Had been expected to enter the transfer portal but hasn’t officially done so at this point and, per sources, is still with the team at Florida. Is enrolled in classes and took part in a team meeting yesterday.https://t.co/dVpPTB07U9

That would seem to imply that he’s rethinking his decision to leave, although it may be in his best interest to do so. Richardson seems to have the inside track to the starting job, assuming he’s healthy, and the team also added a transfer from Ohio State in Jack Miller, a former four-star recruit who served as the backup to Heisman finalist C.J. Stroud in 2021.

The odds that coach Billy Napier chooses to go with a relatively known commodity after Jones’ disappointing 2021 season seem low, though Jones may not have a lot of Power Five offers considering the sheer number of accomplished passers available in the transfer portal this year.

Jones’ decision to play in the bowl game seemed to indicate that he wasn’t 100% sold on leaving UF, and based on this news, it seems he may be sticking around for his redshirt senior season.