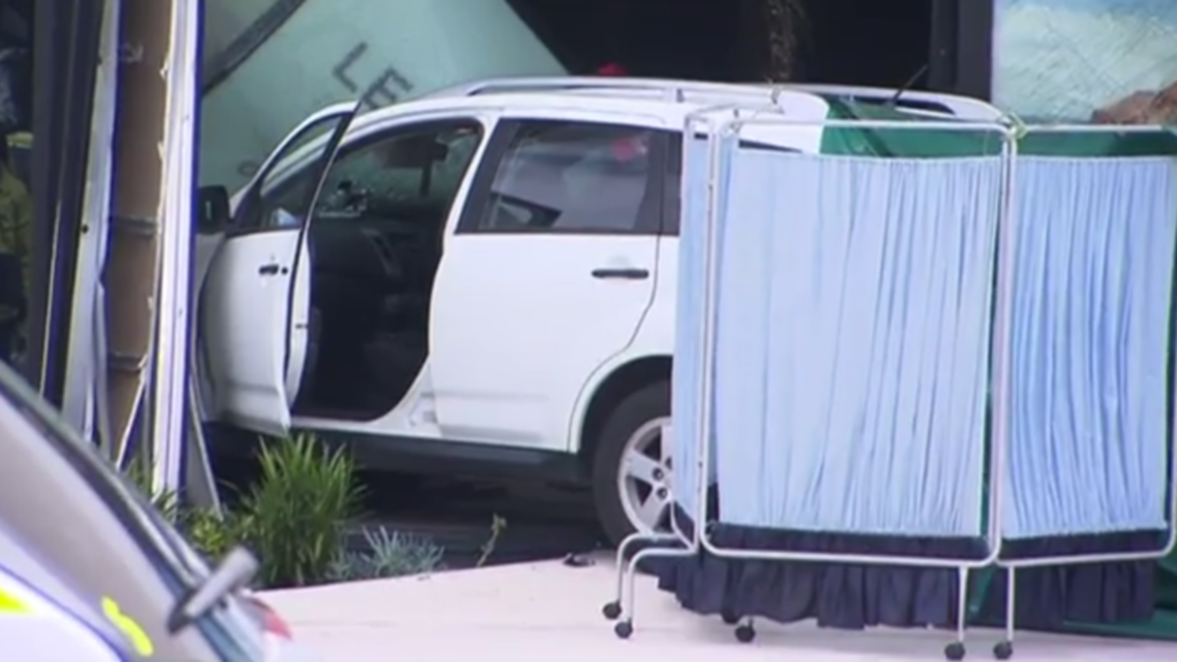 An elderly man has died in Adelaide after his car slammed into a shopfront.

The 82-year-old was behind the wheel of a white SUV when it smashed into the glass window of a children’s charity office at Colonnades Shopping Mall in Noarlunga on Friday morning.

Watch the video above for more on this story

“Just flung straight over the gutter and smashed into the building over there,” a witness named Matthew told 7NEWS.

Shocked witnesses ran to the man’s aid, with off-duty nurses performing CPR on him before paramedics arrived.

But the Reynella man could not be saved.

The man’s wife was in the car at the time and good samaritans helped her out of the vehicle.

“I was the first one there so I ran over and helped the elderly lady out of it,” Matthew said.

“She was talking and conscious and she was fine and we got some blankets around her,” she said.

Witnesses said it’s lucky no one was inside the room of the Can Do For Kids office at the time.

“It’s wonderful that no staff were involved or hurt,” Limareff said.

Police are investigating if the 82-year-old suffered a medical episode before the crash.