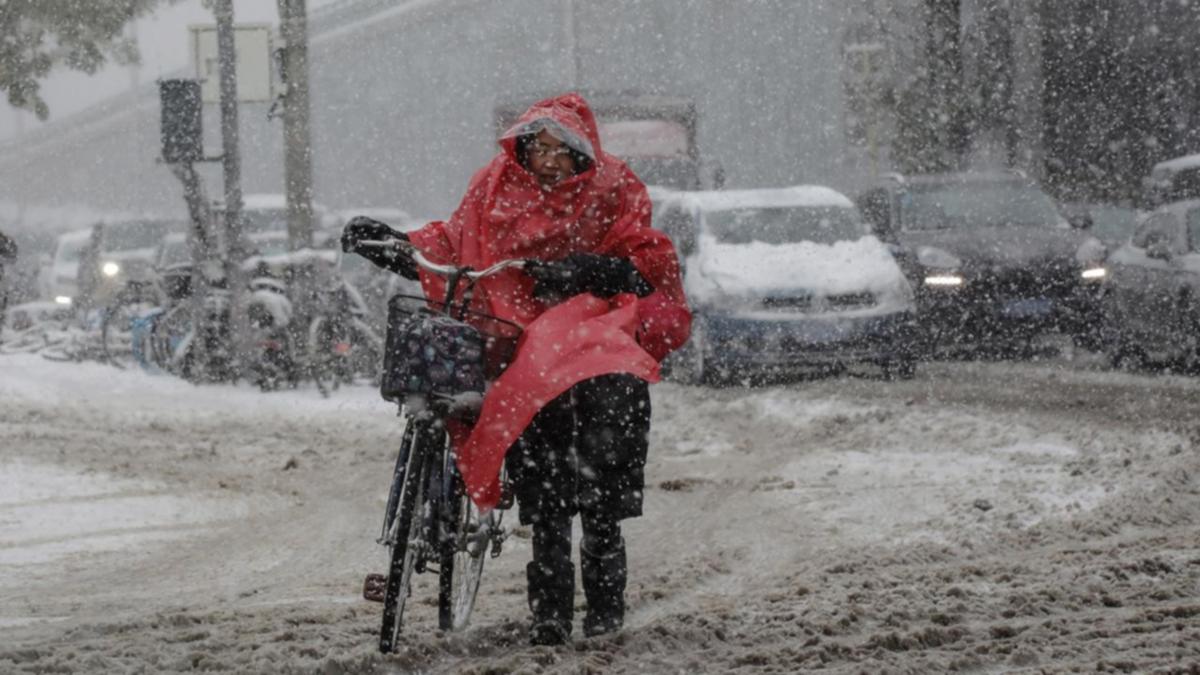 An early-season snowstorm has blanketed much of northern China, including the capital Beijing, leading to road closures and flight and train cancellations and delays.

Temperatures plunged to freezing and below as a cold front moved from west to east. A steady, blowing snow fell on Sunday in Beijing, the nearby city of Tianjin and northeastern China after hitting parts of Inner Mongolia and other western regions the previous day.

The National Meteorological Centre issued an orange alert for snowstorms, the second-highest level in China’s four-tier warning system. Accumulations of more than 30 centimetres were forecast in some areas.

Beijing was hit hardest on Sunday morning. Several sections of road were closed, bus services were suspended on more than 160 routes and flights were reduced at the city’s two major airports, state media said.

High-speed trains to Tianjin and Shanghai were cancelled or delayed.

The skies cleared in the Chinese capital in the afternoon as the storm moved further east.

The snow was a welcome sight at the skiing venues for the Beijing Winter Olympics, which will be held in February next year. Beijing typically has a dry climate, and most of the snow for the competitions is expected to be artificial.

The city also said that snow in neighbourhoods with COVID-19 cases would not be removed, state media reported.

They did not say why, but China has adopted unusually strict measures under a zero-tolerance approach to curb the spread of the virus.

In Inner Mongolia, flights were cancelled on Saturday at the airport in Hohhot, the capital of the Chinese region.

Also, some expressways were temporarily shut in Hebei province, which surrounds Beijing, and further to the west in Shanxi province.