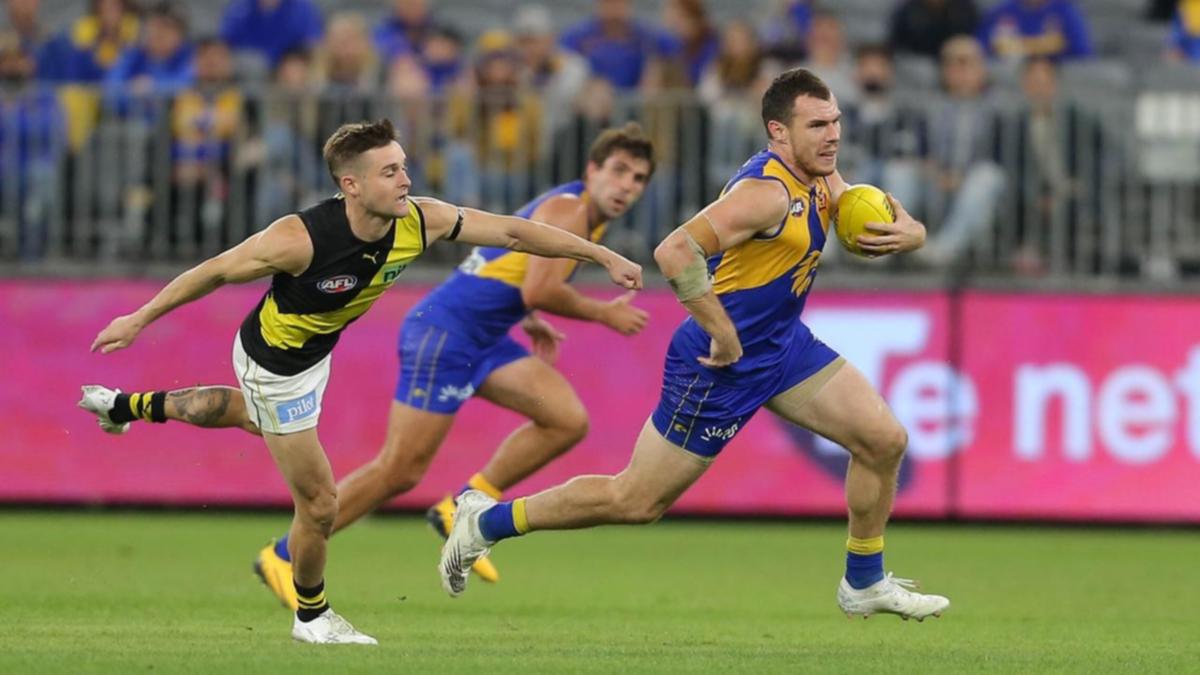 West Coast skipper Luke Shuey is set to make his AFL return as a forward with coach Adam Simpson forced to juggle the magnets no thanks to the club’s ever-increasing injury toll.

Shuey has missed the last two games because of a hamstring injury and he will be on limited minutes in Sunday’s clash with GWS at Giants Stadium.

The forward line in particular has been heavily hit with Kennedy, Allen, Zac Langdon, Rioli and Ryan all unavailable.

It means Simpson will need to get creative and shifting Shuey up forward is looming as one of the pieces of the puzzle.

“The dynamic of our team is interesting this week because we’ve got a certain amount of players we can pick, so it doesn’t exactly get everyone in the spots they normally play,” Simpson said.

“So we’re going to have to have some flexibility in our side and ‘Boots’ (Shuey) will be part of that, whether it’s back or forward

“We’ll probably have an extra mid or two in the side, maybe an extra two backs as well, so we’ve got to work through how it fits in the side.”

GWS (2-7) will be aiming to post a winning start under caretaker-coach Mark McVeigh, who has taken over from the departed Leon Cameron.

McVeigh has made seven changes to the team that lost to Carlton by 30 points last week, with 23-year-old Jacob Wehr named for his debut.

Utility James Peatling and midfielder Tanner Bruhn also come into the side.

West Coast welcome back Shuey and Andrew Gaff (quad), while Jamie Cripps has been given the green light to play after his leg infection cleared up faster than expected.

The injury-ravaged Eagles are in the midst of their worst-ever patch in club history, with their past five losses coming at an average of 81 points.

“We play every game to win,” Simpson said.

“It’s been a challenge eight out of nine games, but against Melbourne for a couple of quarters there we were really competitive (in last week’s 74-point loss).

“Unfortunately that’s a win for us to be competitive at the moment.

“We want to get in front of that, we want to win quarters, we want to hit the scoreboard, we want to be good in the contest for the whole game.”