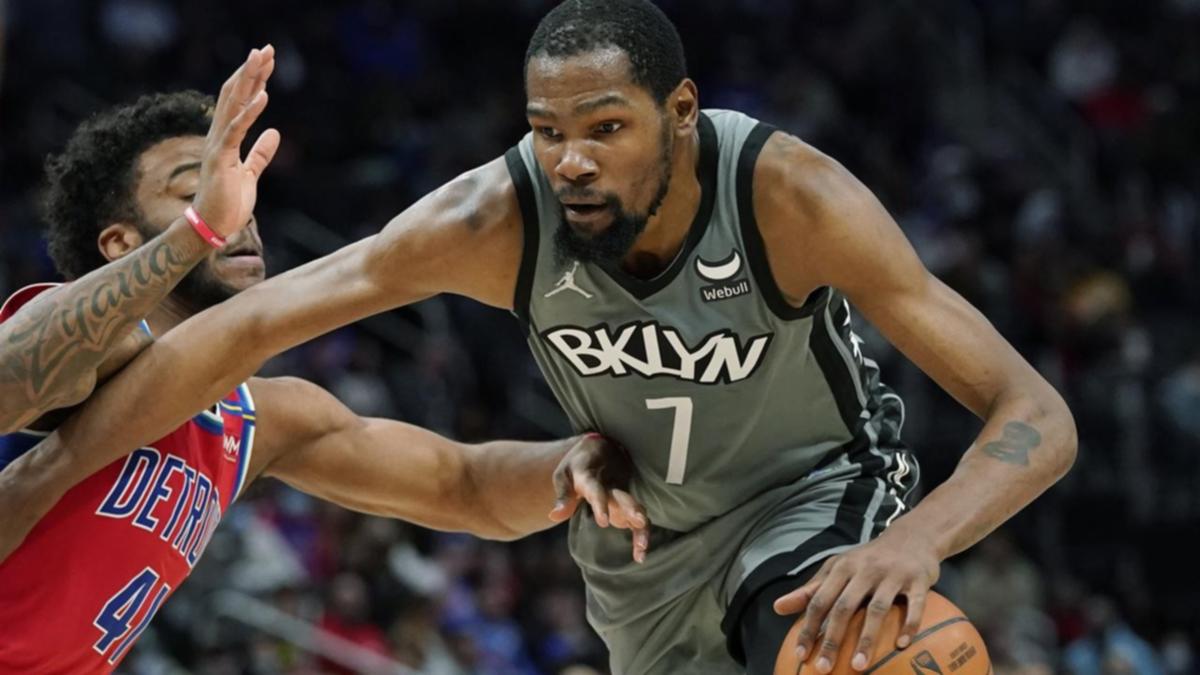 Kevin Durant has scored a NBA season-high 51 points in the Brooklyn Nets’ 116-104 victory over the Detroit Pistons.

Durant also set the record on Sunday for points scored at the Little Caesars Arena, which opened in 2017. He bettered Blake Griffin’s 50 in 2018, Kyrie Irving’s 45 in 2020 and James Harden’s 44 last season.

On the same day Durant was fined $25,000 for using multiple expletives at a fan who yelled “Durant, stop crying,” on Friday during the win at Atlanta, he also surpassed Stephen Curry’s 50-point total for the league high this season.

Cade Cunningham had 26 points and Frank Jackson 25 for the Pistons (4-22), who lost their 12th straight.

Australia’s Patty Mills added 18 points for the Nets, who were without James Harden (rested) in Detroit, but still improved to a 19-8 record for the season to top the Eastern Conference standings.

Milwaukee sit second, one win behind Brooklyn in the East, after Khris Middleton scored 24 points and Giannis Antetokounmpo had his first triple-double of the season to lead the Bucks to a 112-97 victory over the New York Knicks.

One of seven Bucks in double-digit scoring, Antetokounmpo had 20 points, 11 assists and 10 rebounds.

“We just have a great team,” Bucks swingman Rodney Hood, who had 14 points, said.

Milwaukee (18-10) never trailed as they won a second straight game and 10th out of their last 12.

“We talk a lot about being unselfish and making the right play, having high-IQ guys that are willing to make the right pass,” Bucks coach Mike Budenholzer said.

“It was a good team effort.”

In his first NBA start, Quentin Grimes scored 27 for the Knicks and set a team record for the most three-pointers made in a game by a rookie with seven. Grimes’ 27 points were the most points by a Knicks rookie in a game since 1996-97.

“I always prepare myself for a moment like this,” Grimes said.

“But it was definitely a surreal moment and I was just trying to soak it all in.”