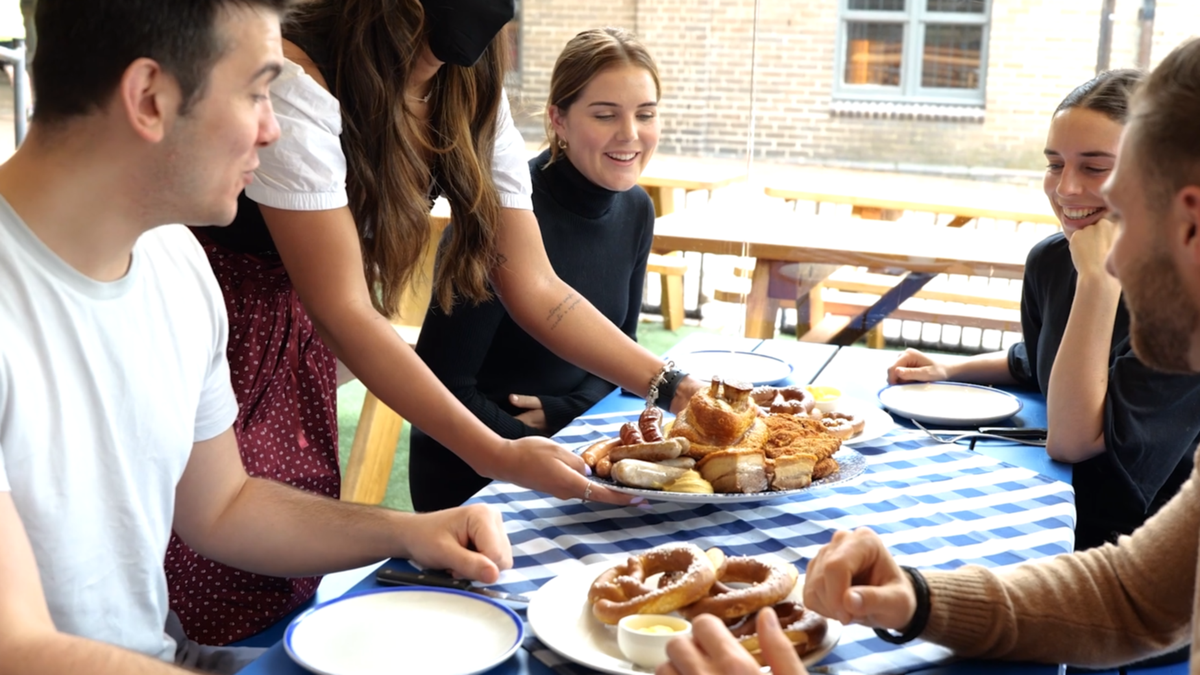 NSW residents have been given an extra two vouchers to spend on food and entertainment, as the state reports 261 new coronavirus cases.

The new infections were diagnosed from more than 73,000 tests in the 24 hours to 8pm on Thursday.

No new deaths were reported over the same period, but 185 people remain in hospital with the virus, 27 of them in intensive care.

Some 94.5 per cent of people across the state have had at least one dose of a COVID vaccine, bringing NSW closer to its goal of 95 per cent vaccination coverage.

That milestone, if reached before December 15, will prompt the early easing of restrictions, according to the state’s roadmap out of lockdown.

But NSW residents have another thing to look forward to, with additional vouchers promised in October available to use from Friday.

The vouchers are the latest instalment in the government’s Dine and Discover program, with each adult in NSW granted an additional $25 to spend on dining out and $25 to spend on entertainment.

Treasurer Matt Kean said more than $276 million worth of vouchers had already been spent by 4.8 million customers across the state during the pandemic, proving to be a lifeline for 15,000 businesses.

“The two $25 vouchers will ensure we end 2021 with a bang and provide a much needed boost for businesses right across NSW as we head into a revitalised 2022.

“We’re encouraging people to get out and support local businesses to support our economy,” Mr Kean said.

The vouchers are valid until the end of June next year.

They can be downloaded through the state’s digital services app, and paper vouchers are also available through ServiceNSW.

Mr Kean said people using the vouchers typically spent another $16 on top of it, and Customer Service Minister Victor Dominello added that it was not just the businesses where the vouchers were used that benefited.

“When you go to the museum you might use your voucher, but on the way you will probably get an Uber or a taxi, and you might stop for dinner somewhere else, so there’s all these other multipliers associated,” he said.