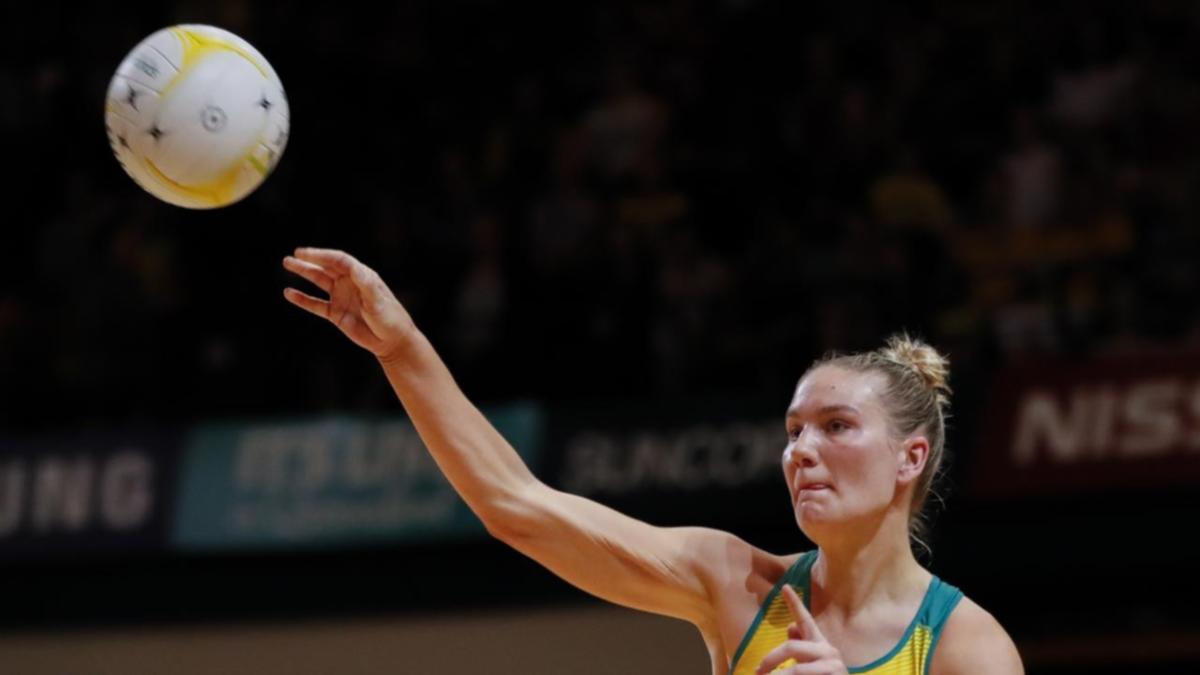 Australia’s Diamonds rang the changes for their second netball Quad Series clash but still proved far too good for South Africa as they powered to a comprehensive 60-40 victory in London.

Less than 24 hours after overseeing a surprisingly dominant win over world champions New Zealand, coach Stacey Marinkovich’s rejigged team came good in the second half of Sunday’s match (Monday morning AEDT) to continue their time-honoured domination over the Proteas.

But before then on Tuesday (Wednesday morning AEDT), they’ll meet hosts England, who beat the Diamonds in the last Commonwealth Games final.

World-beating goal keeper Courtney Bruce proved the Diamonds’ stand-out player as they overcame a much-improved South African outfit than the one which lost to England the previous day.

But though the Proteas, who have now never beaten Australia in 41 attempts, challenged impressively in the first half, keeping the score to within four points (27-23) at the break, the Diamonds, who gave a debut to Ethiopian-born Sunday Aryang, then forged away.

With the South Africans increasingly being run ragged around the court and halftime replacement Sophie Garbin scoring 18 of her 19 shots at goal, Australia took the second half 33-17.