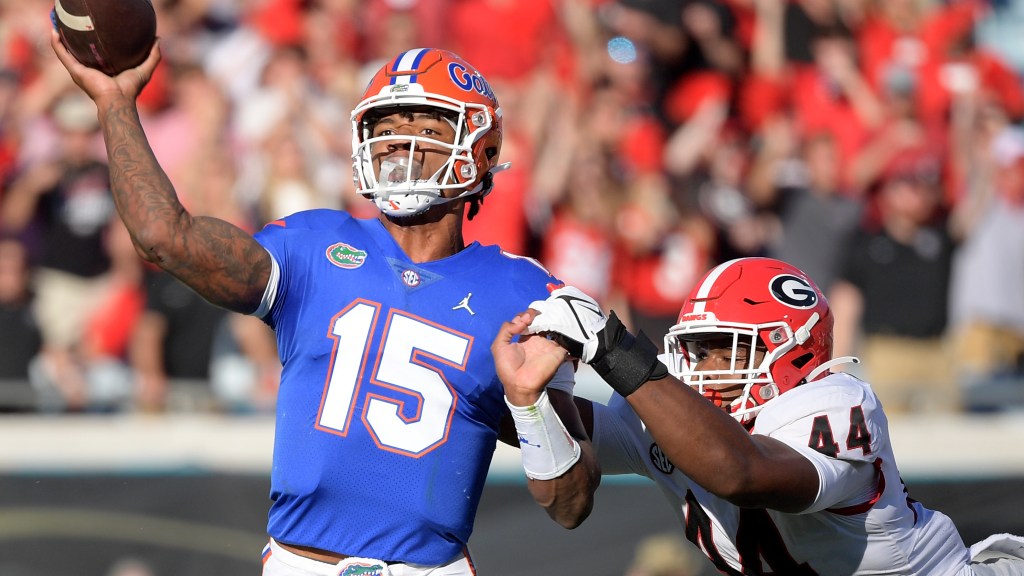 Florida’s depth chart rarely changes from week to week. Head coach Dan Mullen has a propensity for keeping his plans quiet, and he only changes things up publicly when a player leaves the team or goes down with an injury.

Anthony Richardson left his first start of the year last week against Georgia with a concussion, but it’s unclear who will be under center for Florida against South Carolina. Emory Jones is listed at the top quarterback spot, but he was also technically listed ahead of Richardson last week as well. Richardson stayed on the depth chart when he sat out for three games earlier in the season with an injured hamstring, so he could be back in that “emergency only” role this week.

The other depth chart issue that became clear during the Georgia game was the issues at kicker. Jace Christmann missed two kicks last weekend, one of which was from just 23 yards out. Chris Howard‘s missed point-after attempt against Alabama lost him the job to Christmann. The question now is whether or not Mullen will make another change.

A final depth chart note is that Dameon Pierce and Malik Davis are both still listed as the starting running backs. Both have been great this year, but Mullen has begun to face criticism for not getting the ball to Pierce more often. Sophomore Nay’Quan Wright has almost as many carries as the two seniors, but Florida’s production on the ground has been slipping. This final stretch could be a fruitful one for Davis and Pierce if Florida gets back to what worked at the beginning of the year.

Expert Predictions: What to expect from the Gators-Gamecocks matchup