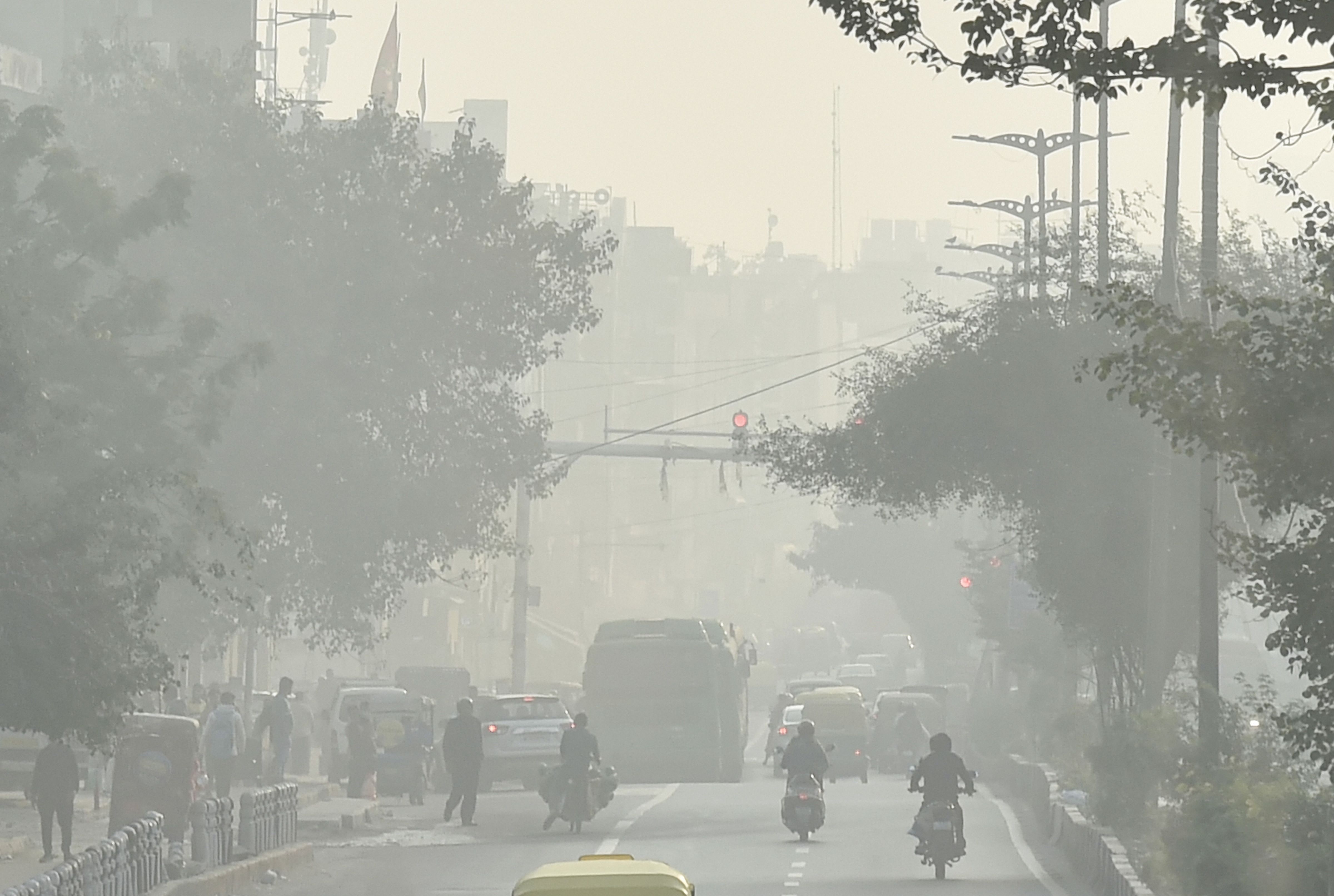 New Delhi: Delhi Environment Minister Gopal Rai, on Monday, lifted the ban on construction and demotion activities owing to the improved air quality. Work from home and the ban on the entry of trucks into Delhi will continue till November 26. Addressing the media, Rai also said that the government will take a call on the reopening of schools, work from home for government staff on November 24. We will also discuss if CNG-operated trucks carrying non-essential items can be allowed to enter Delhi, he said.Also Read – Air Pollution: Kejriwal Govt Extends Ban on Entry of Trucks, Work From Home For Employees Till Nov 26

On Monday, the air quality index of the city stood at 307, which falls in the very poor category. However, it was down from 349 the previous day. As per reports, the situation has improved due to gusty winds in the capital on Monday. Also Read – Good News! Air Quality in Delhi Improves, Thanks To Gusty Winds; Govt to Review Curbs Tomorrow

The minister made the announcement after a high-level meeting with senior officials to review the situation of pollution in the city. He also said, “If any agency is found violating dust control norms, Delhi government will stop work and impose penalty without notice.” Also Read – Alert! You’ll Now Have To Pay A Hefty Fine For Burning Plastic, Garbage In Open In This City

Earlier on Sunday, the Delhi government on Sunday night extended the ban on the entry of trucks carrying non-essential items and work-from-home for its employees till November 26 to combat air pollution and minimise its health effects.

Though the order issued by the environment department did not make it clear if the curbs on construction and demolition activities will continue, a senior official said the ban has been lifted. According to the directions of the Commission for Air Quality Management (CAQM), schools and colleges will remain closed till further orders, he said.

A senior central government official said the CAQM will hold a review meeting on November 23. “Keeping in view the very poor air quality forecast and that vehicular pollution would cause extensive air pollution and release harmful air pollutants, particularly when the air quality is very poor, it is felt that there is a need for further extension of the curbs on vehicular movement in Delhi,” the order issued by the environment department said.

“Stop entry of trucks in Delhi except the trucks carrying essential commodities till November 26, subject to further review for an extension of this date. All offices of GNCT of Delhi/autonomous bodies/corporations shall remain closed till November 26 except those involved in essential and emergency services…. However, all the officers/officials shall work from home,” the order said.

Following orders from the CAQM, the Delhi government had on Wednesday issued 10 directions, including a ban on the entry of trucks carrying non-essential items into the city and a closure of schools and colleges, till further orders.

It had also banned construction and demolition activities in the city and ordered its employees to work from home till Sunday (November 21). The commission had held an emergency meeting on Tuesday with senior officials of Delhi and the NCR states of Haryana, Uttar Pradesh and Rajasthan, ahead of a Supreme Court hearing on air pollution in the region.