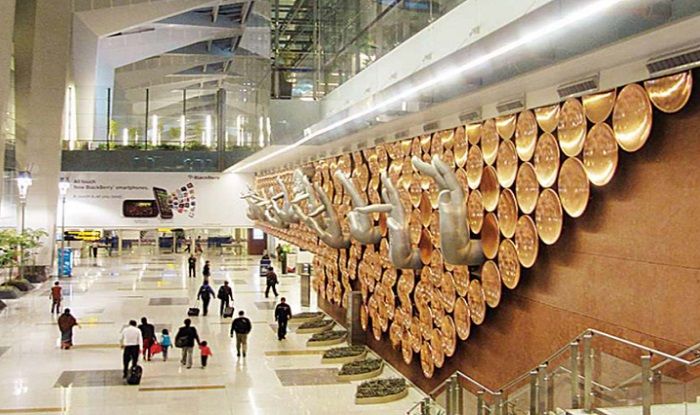 New Delhi: As the cases of new covid variant, Omicron soar across the country, the state governments are in no mood to leave any loophole that could culminate into spike in cases. Delhi, on Sunday, reported the first case of Omicron after a 37-year-old tested positive. The patient, currently admitted to the Lok Nayak Jai Prakash (LNJP) Hospital, has mild symptoms.Also Read – Breaking: UK Minister Confirms Community Transmission of Omicron

Now, according to the reports, the authorities at Delhi airport are gearing up to take action against travellers ignoring the seven days’ home quarantine rules after arriving from “at risk” countries. Also Read – UP Govt Issues Guidelines For all Districts As Omicron Threat Looms | Check SOPs Here

A senior official said they have been getting complaints regarding passengers coming from ‘at risk’ countries and not following seven days’ home quarantine rule. Many were found meeting people and visiting places. Also Read – Omicron in Maharashtra: What Did State Health Minister Rajesh Tope Say on Re-imposing Covid Restrictions?

“District administration and Delhi police have been asked to verify and report the status of people under mandatory home quarantine. If they are found flouting the COVID-19 protocol, then action will be taken against them,” said a senior official at Delhi airport.

“The complaints of flouting quarantine rule were found common in locals who have recently come from ‘at risk’ countries. They have filled self-declaration form mentioning their location and address before leaving the airport. If required tough action will be taken against such people. In the case of foreign travellers, they submit their hotel booking details with the authorities at the airport which can be easily verified,” he added.

Every day more than 1,000 travellers arrive at Delhi airport. “We have instructed hotels to provide all possible assistance to foreign travellers who are spending their quarantine period in hotels,” said the official.

Eleven countries have been put under “at risk” category. Travellers coming from these countries need to follow additional measures on arrival in India, including post-arrival testing.

A 37-year-old man who arrived in Delhi from Tanzania has tested positive for Omicron, making it the first case of the new COVID-19 variant in the national capital and the fifth in the country.

“So far, 17 COVID-19 patients and six of their contacts have been admitted to the Lok Nayak Hospital. The Omicron variant has been found in one of the 12 samples sent for genome sequencing so far, according to a preliminary report,” Delhi’s Health Minister Satyendar Jain said.

“The patient is an Indian and had returned from Tanzania. He was admitted to the hospital on December 2 with mild symptoms sore throat, fever and body ache,” Medical Director Suresh Kumar said.

“The patient’s travel history is being collated and his contacts are being traced,” he said.

The Delhi health minister said banning international flights is the most effective way to contain the spread of the Omicron variant.

It is being reported that the gestational period in case of Omicron could be more than other variants. This means an infected person may go undetected at the airport All the cases have come from affected foreign countries. The central government should take it seriously, he said.

Jain said that there is a 99 percent chance that the mask can save people from all COVID-19 variants, be it Alpha, Beta, Delta or Omicron .

Experts have been saying that the third wave of COVID-19 can hit the country in January-February. It can be prevented if everybody wears a mask, he said.

The minister said more than 90 percent of the eligible population has got the first dose of the COVID-19 vaccine. Sixty percent of the people have got the second dose. We appeal to the remaining people to get vaccinated as soon as possible, he said.