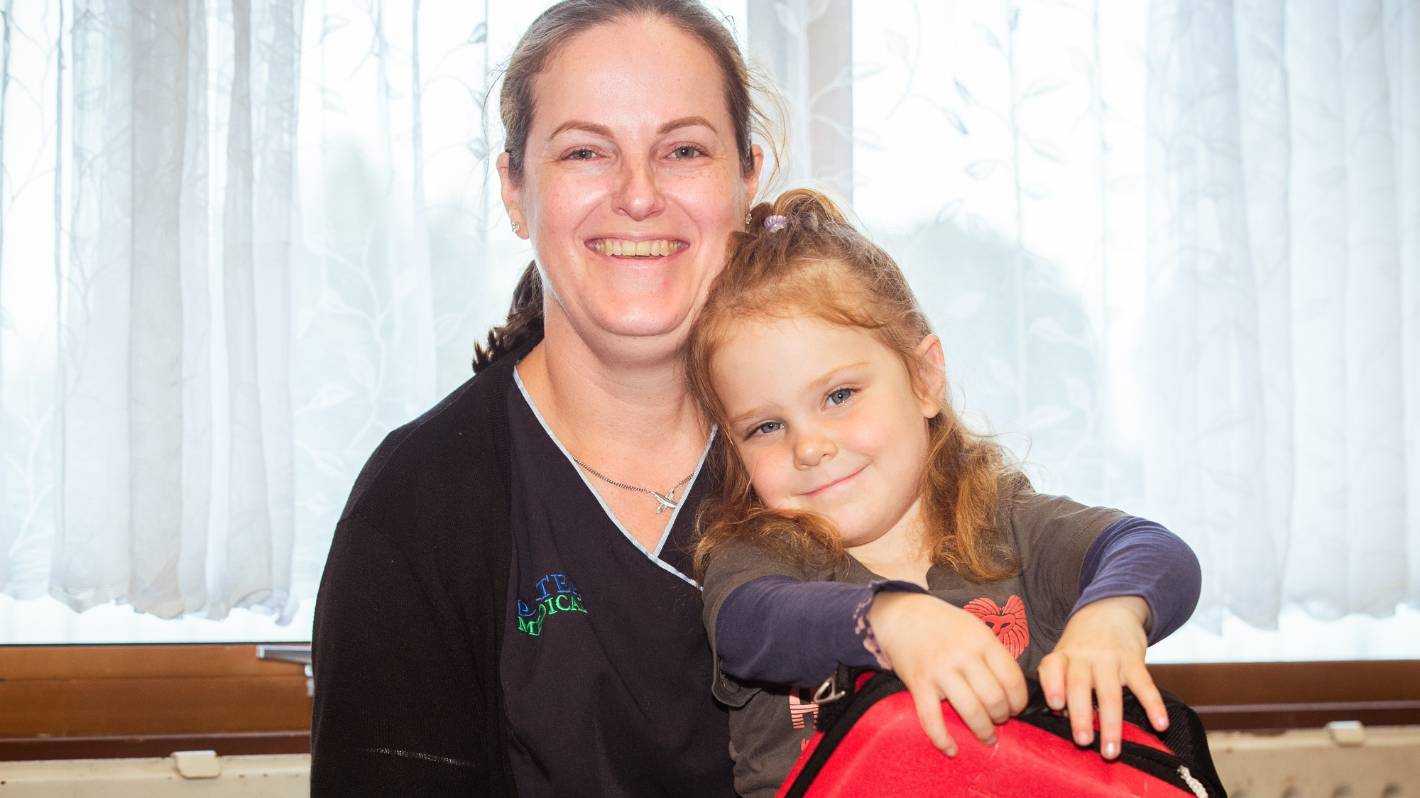 Jess Sklenars and her daughter Angela, 3, with the defibrillator that has been donated to her childcare centre.

Jess Sklenars hopes her daughter will never need the device in a shiny red case that has just been donated to her early childhood centre.

Angela, 3, was born with a hole in her heart and will need surgery before she starts school.

The bubbly little girl, who loves to sing and play outdoors, does not know how serious this is, but her mother, who is a nurse, knows all too well.

“She has no idea. She knows she has to get her heart fixed, but that’s all she understands,” Sklenars said.

Although the condition is not causing problems, there’s a small chance it could, and the automated external defibrillator (AED) that has now been delivered to Te Puawaitanga O Ngati Ruanui, in Hāwera, could save her life.

“If by chance she did need it, they’ve got it here. That’s peace of mind for me as a parent.”

The AED was donated by Embracing Hearts, a charity that provides the lifesaving devices to schools around New Zealand with a child with congenital heart defects enrolled, and St John.

The charity approached Heart Kids Taranaki asking if there were any schools or centres in Taranaki that were in need of an AED machine, and Sklenars put the centre’s name forward.

The Hāwera St John committee paid for new pads and a battery.

The device will also be available for other people to use, Sklenars said, and would be listed on the AED Locations app, which shows where the devices are stored.

“As well as other children [at the centre] and staff, there are all the businesses along Glover Rd.”

Angela was born at 32 weeks’ gestation and weighed just 1.8kg, so she was tiny, and she had a 12mm hole in her heart.

Without the operation, Angela would have health issues as an adult and a shorter life expectancy.

She will have the corrective surgery once she is big enough, and once this is done, she should have no further problems, Sklenars said.

“Other than that, she’s full of beans,” Sklenars said. “She’s perfect.”