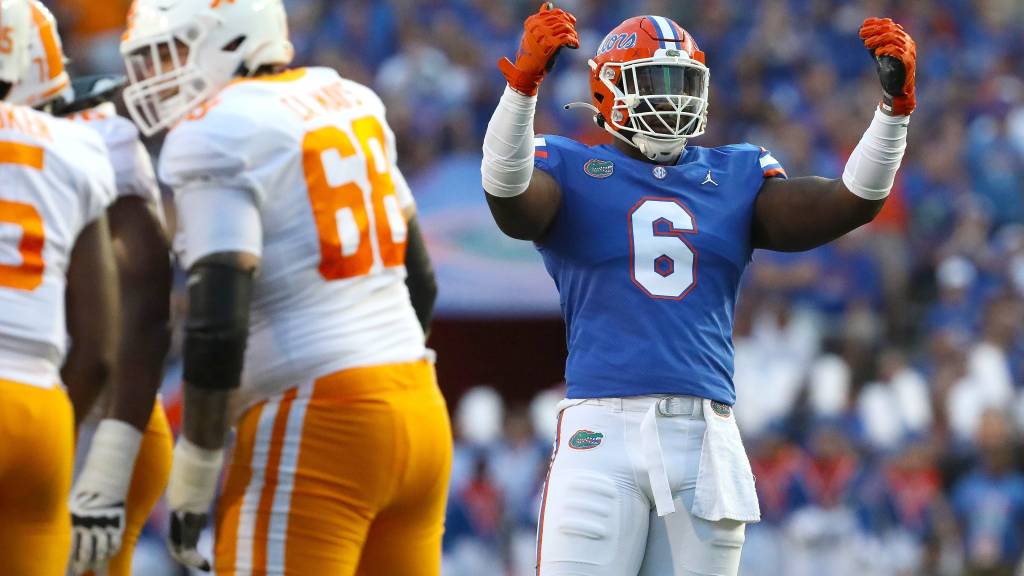 It hasn’t been a very good season all-around for Florida’s defense, but one player has had a standout year: interior defensive lineman Zachary Carter. He bet on himself in returning to school for his redshirt senior year, and that decision turned out to be a good one.

Carter, a 6-foot-4-inch player from Tampa, has already set a career-high in sacks with six, beating out the five he had in 2020, and he also has 25 tackles (10 for loss, also a career-best) and a forced fumble on the season. That effort was enough to earn an invitation to this year’s Senior Bowl, which Carter accepted, per the official Reese’s Senior Bowl Twitter account. He’s the first Florida player to accept a Senior Bowl invite this year.

The Senior Bowl is a great opportunity for players to impress NFL scouts and boost their draft stock, and a strong performance from Carter in Mobile, Alabama, in January could see his standing among a talented defensive line class increase.

PHOTOS: Zachary Carter became a force to be reckoned with in 2020