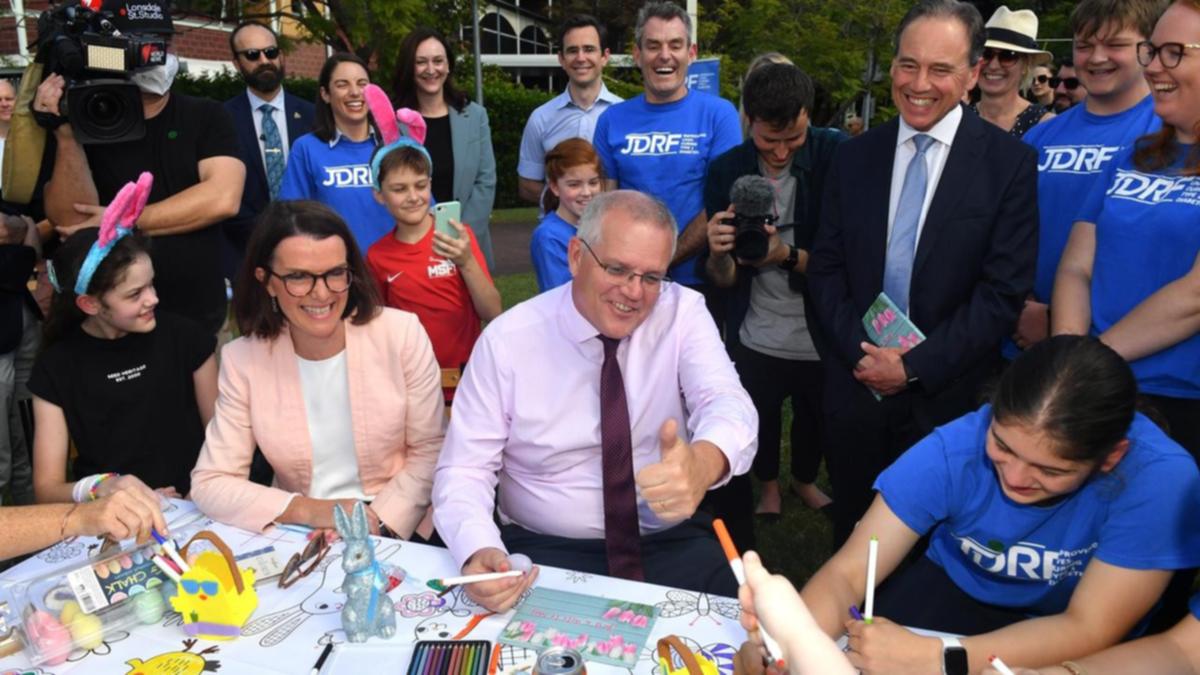 WHERE THE LEADERS CAMPAIGNED

WHAT THE COALITION WANTED TO TALK ABOUT

* The promotion of senator Anne Ruston to the health portfolio, replacing Greg Hunt and the promise of $270 million to make the treatment of type one diabetes more affordable.

WHAT LABOR WANTED TO TALK ABOUT

* Mr Albanese largely kept a low profile in respect of Easter Sunday, but attacked the promotion of Senator Ruston, claiming it was a sign of Medicare cuts to come.

* Mr Morrison made his health announcements outside the Westmead Children’s Hospital in the seat of Parramatta. Mr Albanese made a brief media appearance after the church service.

* The government continues to be dogged by questions over Liberal candidate for Warringah Katherine Deves and her past anti-transgender comments.

“Anne Ruston has made it very clear that she wants to take the universal out of universal healthcare.

– Mr Morrison when asked about an indigenous voice to parliament as part of the Uluru Statement.