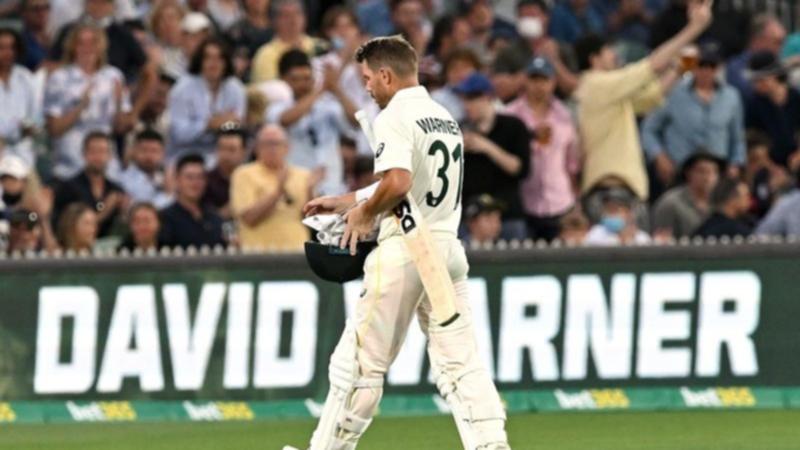 David Warner has landed another big game at one of his happiest hunting grounds despite falling shy of another Test trophy innings.

The Australian opener has been dismissed in the 90s in consecutive innings, falling for 95 at Adelaide Oval on Thursday in the second Test against England.

His knock followed his 94 in the first Test in Brisbane but extends his love affair with Adelaide Oval.

Warner fell just short of his fifth Test century in Adelaide – he’s struck four tons in Adelaide, the Gabba in Brisbane and also the Sydney Cricket Ground, his best returns at a ground.

The lefthander’s average in Adelaide is now 81.42.

Ironically, Warner’s highest Test average is 85.50 in Cape Town in South Africa – the scene of the sandpaper scandal which resulted in his 12-month ban from cricket.

His next-best average is 82.50 at Perth’s WACA Ground, followed by Adelaide Oval.

Warner’s innings on Thursday in the South Australian capital follows his 335 against Pakistan in Adelaide’s day-night Test in 2019.

Before that, he posted Adelaide centuries in each innings against India in 2014 and another ton at the ground against South Africa in 2012.

The lefthander was wearing a chest pad to protect his ribs, bruised from blows in the series-opener in Brisbane when he couldn’t bat in the second dig.

And in Adelaide, Warner was again facing his nemesis: England quick Stuart Broad, who dismissed him seven times in the 2019 Ashes series in England.

Broad almost got his man again with his first ball: a big in-dipper which struck Warner on a thigh pad as he didn’t offer a shot.

Broad and the tourists later believed they’d seen the back of Warner when they reviewed a not out call, believing the Australian edged the ball onto his pads before it flew to slip.

Replays were inconclusive and Warner survived – at that stage, he hadn’t scored from 19 balls, his slowest start to a Test knock.

Warner soon found some fluency in tricky batting conditions, pulling Ben Stokes for four from his 108th delivery to reach his half-century.

But on the cusp of his century, he cracked a short Stokes delivery straight to Broad, who completed the catch to end Warner’s 167-ball innings.