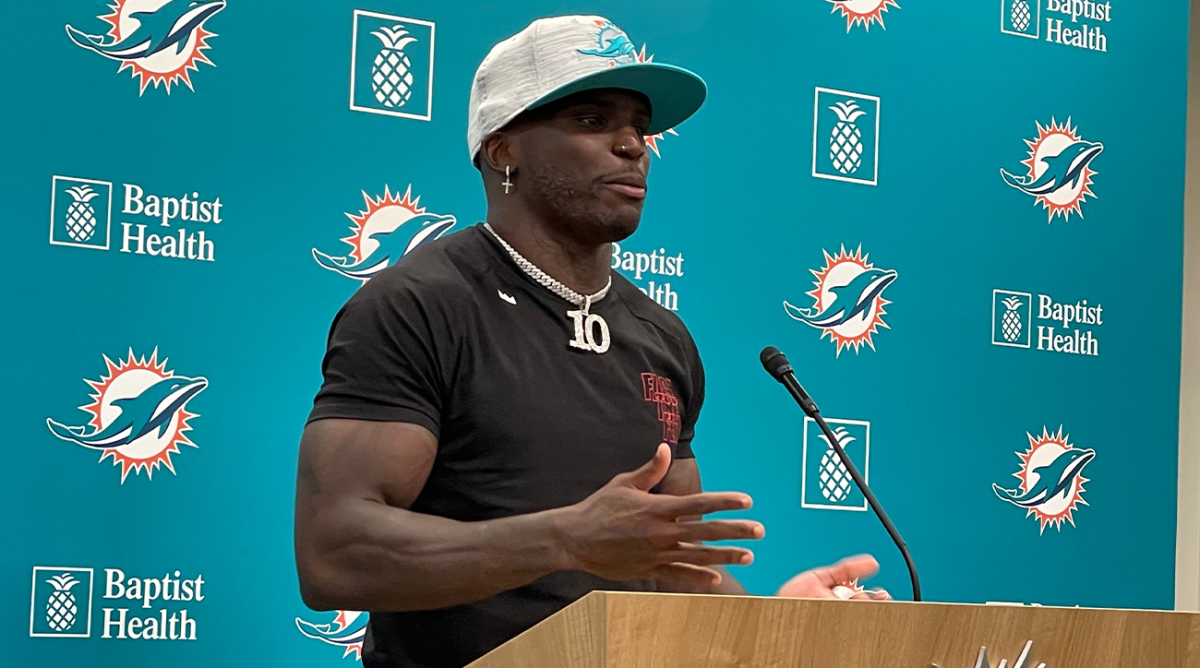 The free-agency frenzy in the NFL has been a wild ride—to say the least—as several big-name players will be wearing new uniforms next season after either being traded or signing with a new team. In fact, this might be the most impactful offseason in the NFL’s history. Just ask Russell Wilson, Davante Adams or Tyreek Hill (to name a few).

So, who have been the biggest fantasy losers among players on new teams? Here’s a look at what’s been an exciting free agent and blockbuster trade period.

Check SI Sportsbook for the Latest Lines and Odds

I have Watson listed as a “loser” for 2022 for a few reasons. First, he’s almost certain to face some sort of suspension from the NFL over the 22 active civil lawsuits he faces for alleged sexual misconduct. The Browns are also a run-based offense, and signal-callers haven’t posted elite numbers in Kevin Stefanski’s offense. Watson could be (and likely will be) the first, but we might not see his full fantasy impact until 2023.

Adams is a fantasy “loser” in that he’s no longer one of the two best wide receivers in drafts. That’s due to the fact that he’ll see a downgrade from Aaron Rodgers to Derek Carr at quarterback. What’s more, the Raiders also have two strong pass catchers in Darren Waller and Hunter Renfrow, so you have to wonder if Adams will see the nearly 170 targets he had in 2021. He’s still a top-five wideout, but regression is imminent.

Hill has been one of the elite wideouts in fantasy football, averaging more than 17 points in three of his last four seasons. Unfortunately, he’s going from a Chiefs offense led by Patrick Mahomes to a Dolphins offense led by Tua Tagovailoa. That is not a lateral move. In fact, it moves Hill from being a high-end No. 1 fantasy wideout to more of a low-end No. 1 who will have to share targets with Jaylen Waddle and Mike Gesicki. He’s no longer a first-rounder.

Cooper is coming off his worst fantasy season since 2017, as he averaged 13.5 points in 15 games with the Cowboys. Now in Cleveland, he’ll play in a run-based offense that statistically neutered an elite wideout in Odell Beckham Jr. and is not conducive to wide receivers posting big numbers. We also don’t know how many games he’ll have with Watson (potential suspension) under center. For now, Cooper is a No. 3 fantasy option.

Kirk was a winner in the contract department, but I don’t see moving to the Jaguars as a win (at best it’s a lateral move). The Jaguars have a lot of offensive options, as the likes of Travis Etienne, Marvin Jones, Laviska Shenault Jr., Zay Jones, Evan Engram and Dan Arnold are in the mix. The WR26 last year, I don’t see Kirk making a big push upward in the stat sheets especially if Trevor Lawrence doesn’t make improvements.

Gage is coming off a career-best season that saw him post 94 targets, 66 catches, 770 yards and 11.6 fantasy points per game with the Faclsons. While playing for Tom Brady and the Buccaneers is obviously an upgrade at quarterback, Gage will also be no better than the third- or fourth-best option in the passing game behind Mike Evans, Chris Godwin and possibly Rob Gronkowski. At best, Gage will be worth a late-round selection as a No. 5 fantasy wide receiver.

Chark is coming off an injured ankle and moves from being a potential No. 1 wideout in Jacksonville to the second or third option in Detroit. The duo of Amon-Ra St. Brown and T.J. Hockenson will take their share of the targets, and don’t forget about pass-catching back D’Andre Swift. Keep in mind that Jared Goff threw the ball deep on just 9.1 percent of his passes last season. That’s not good news for the field-stretching Chark.

I don’t necessarily dislike the fit for Crowder, who will replace Cole Beasley as the Bills‘ top slot receiver. My question is: Will he see the same number of targets (7.1 per game since 2019) as Beasley in an offense with Stefon Diggs, Gabriel Davis, Isaiah McKenzie and Dawson Knox? Crowder, who averaged just 5.9 targets last season for a Jets team with far fewer mouths to feed, should be considered a late-round No. 5 fantasy wideout.

Once a high-end No. 1 fantasy tight end, Engram’s fantasy points per game average has declined in three straight seasons. He’ll also be playing in an offense that has Marvin Jones Jr., Shenault, Zay Jones and the newly signed, $72-million wideout in Kirk. The Jaguars also still have Arnold under contract, so Engram could find it tough to see consistent targets. He’ll be worth no more than a late-round flier.

Uzomah is coming off a career season with the Bengals, posting 49 catches for 493 yards and five touchdowns. Unfortunately, that was only good enough for him to finish 19th in fantasy points among tight ends. The Jets have also signed Tyler Conklin, so Uzomah will have competition for targets at the position. He’ll have matchup-based value at times in redrafts and DFS formats, but Uzomah is a No. 2 tight end at best.

Michael Fabiano is an award-winning fantasy football analyst on Sports Illustrated and a member of the Fantasy Sports Writers Association (FSWA) Hall of Fame. Click here to read all his articles here on SI Fantasy. You can follow Michael on Twitter, Facebook, YouTube, and Instagram for your late breaking fantasy news and the best analysis in the business!