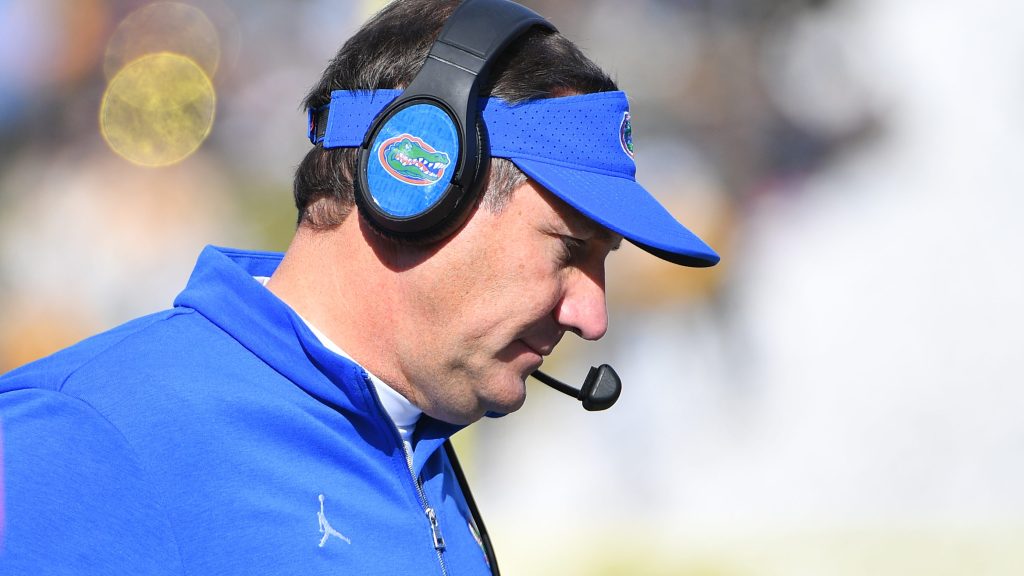 Well, it looks like the other shoe finally dropped on Florida football head coach Dan Mullen after his team’s latest loss to the Missouri Tigers in Columbia on Saturday. In the minds of many, the move has been imminent since the Gators began their steep decline dating back to the end of last season, and the poor performance seen on the field this year only accelerated the process.

The news was first reported by ESPN writer Chris Low, who tweeted the news early Sunday afternoon. He was later corroborated by other reporters, including Yahoo Sports writer Pete Thamel.

While we await the official announcement, many are wondering who will take the helm in Mullen’s absence. The team is in danger of missing out on a bowl game for the first time since 2017 with a loss to its lowly rival the Florida State Seminoles next Saturday and already have put up its worse record in Southeastern Conference play since 1986. The program has a deep hole to dig itself out of after a season that many believed would be a rebuild turned into a dumpster fire.

Stay tuned to Gators Wire for updates on the situation.

UPDATE: It is official. Special teams coordinator/running backs coach Greg Knox will serve as interim coach for the Florida State game next week.