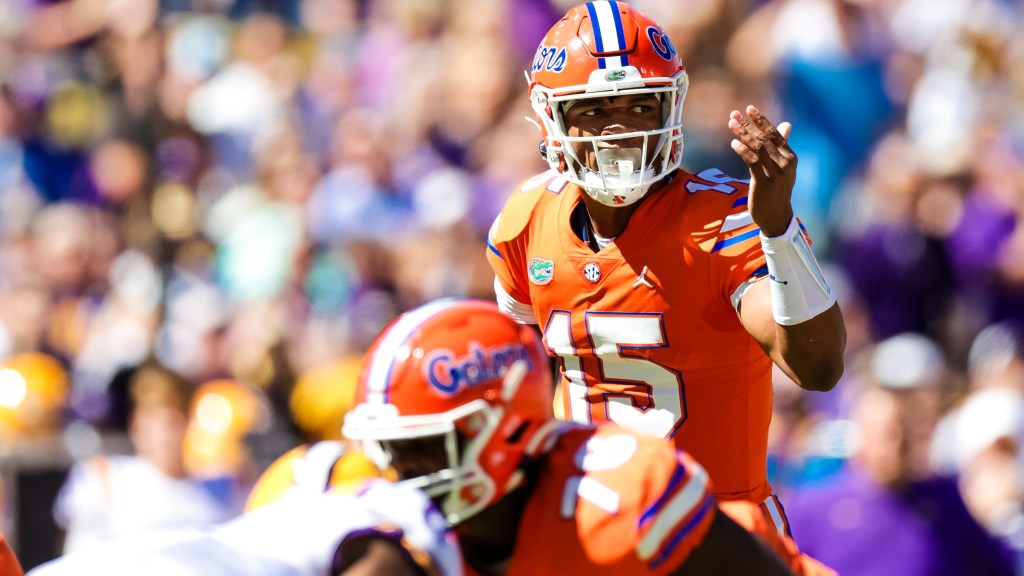 A bye week may be just what the Gators needed after suffering their second loss as a touchdown or more favorite in three weeks. Next up is the toughest game on the schedule against the No. 1 team in the country in Georgia, and Florida has a lot to figure out heading into that game.

Most notably, at the quarterback spot. Emory Jones has started every game this year, but the redshirt junior has struggled quite a bit. He has 10 touchdowns to nine interceptions, and he threw a pick-six in the second half against LSU that put the team down 15 points to start the second half.

Coach Dan Mullen went to redshirt freshman Anthony Richardson after that, who never left the game. He led four-straight touchdown drives and gave Florida a chance to win at the end before he threw a pick on his final drive. Still, he scored four total touchdowns and went 10 of 19 for 167 yards passing the ball, though he did have two interceptions.

Richardson is still raw, but he already appears to be doing a better job of scanning the field and making plays downfield, and he clearly has an NFL arm. As a result, speculation has been rampant that Richardson will be UF’s starter for the remainder of the season.

But when asked on Wednesday during the SEC coaches teleconference who would start against Georgia, Mullen once again said that he needed to “evaluate” things. Per All Gators’ Zach Goodall, he wouldn’t commit to either.

Mullen clearly isn’t tipping his hand on the quarterback situation, but based on how he has operated in the past, this seems like an indication that Jones will start the game against the Bulldogs with Richardson seeing rotational action, as has been the case all season until the second half of the LSU game.

Only time will tell if that pans out or if it’s a good move for the Gators, but for fans hoping Mullen would name Richardson the starter on Wednesday, it was a disappointing teleconference.