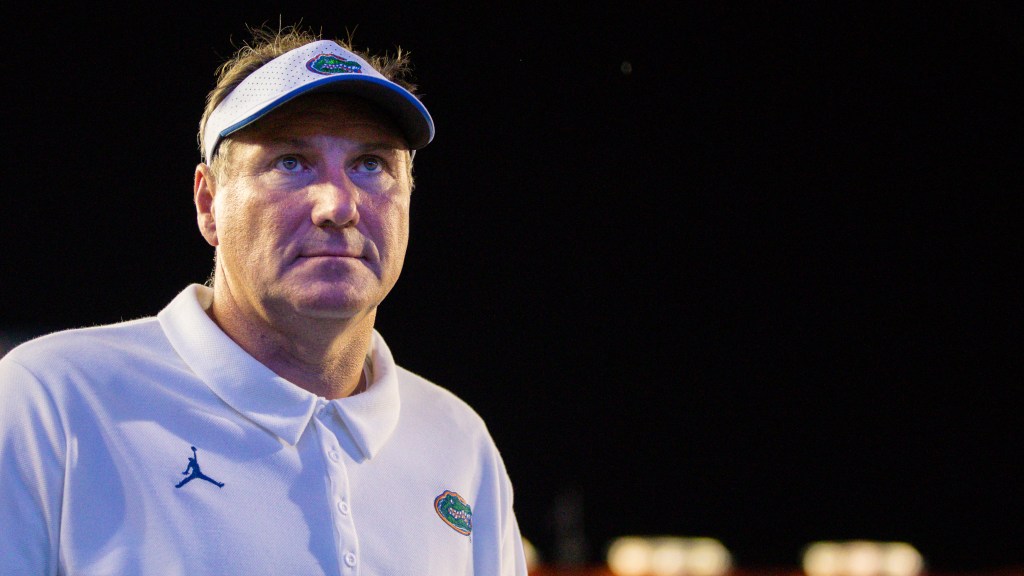 The participation of Florida’s players and coaches (or lack thereof) in the postgame singing of the alma mater has been a bit of a canary in the coal mine for the state of the program in the last few weeks.

But there was one notable absence: head coach Dan Mullen.

“I didn’t, we’re on the road right now. So, yeah, that’s on me,” Mullen said, according to AllGators’ Zach Goodall. “To be honest with you, I didn’t even know we had our band here today with that. We’ll sing with the band next week in the Swamp.”

The problem is, Mullen knew the band was there. He had to.

As you can see, he was literally greeted by the band as he made his way off the bus and into the stadium. I don’t want to be uncharitable, but it seems hard to imagine Mullen was unaware of the band’s presence.

If you’re unfamiliar with the tradition, you may be thinking, “who cares?” And that would be fair, I suppose. But Mullen cares. In fact, he said so himself.

“You know, one of the things, heck, in everybody within the program,” Mullen said in 2018. “That’s why we go after the game, win or lose, we’re going to go sing the alma mater with the band because they’re so critical to our program.

Perhaps Mullen just forgot about the band, but that seems a bit hard to believe. It seems much more likely that the frustrated coach simply had other things on his mind.

Still, it’s not the best sign for the leadership within the program as things begin to go downhill.