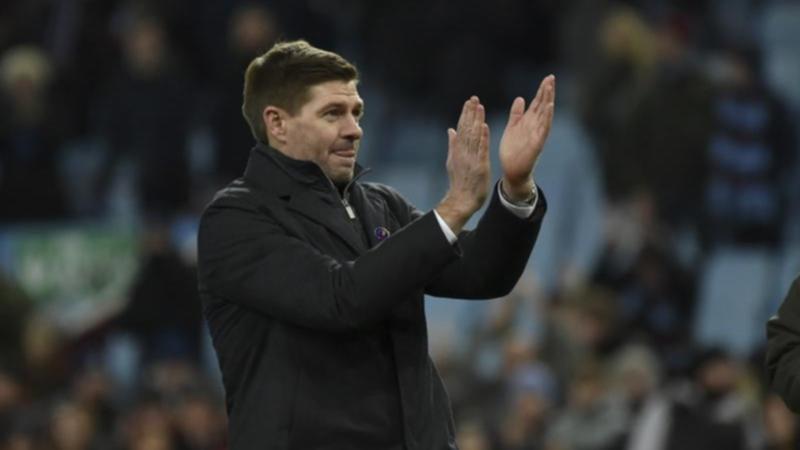 Premier League players will have to wait in their cars for the result of COVID-19 tests before being allowed to enter training facilities as precautions are applied to combat a surge in infections in England.

Players and staff will take daily rapid antigen tests and twice-weekly PCR tests, have to wear masks, and limit time and numbers congregating in areas such as medical rooms.

All training ground visitors will also be required to take a lateral flow test outside, only being admitted when a negative result is received.

With the omicron variant taking hold in Britain and the government trying to ensure the bulk of the population receive a booster shot within a month, two managers said they could consider transfer target’s vaccination status.

Aston Villa boss Steven Gerrard and his Crystal Palace counterpart Patrick Vieira have both said vaccine status might be a consideration.

“It would certainly come into conversations in the background,” said Gerrard.

The prospect of having a non-vaccinated player missing for 10 days because of COVID-19 isolation rules, could be a consideration, said Vieira, though he added: “I don’t think that would be the final call on whether to sign a player or not.”

The league reported on Monday that COVID-19 cases rose by 250% to a record 42 infections in a week across the 20 clubs from 3,805 tests on players and staff. Brighton-Tottenham on Sunday, and Brentford-Manchester United on Tuesday, were called off due to outbreaks at clubs.

Widespread postponements could leave the league open to demands for rebates from broadcast partners, which had to be paid when the 2019-20 season was suspended at the start of the pandemic.

The Premier League has avoided a complete shutdown since the 100-day pause in the season from the start of the pandemic in March 2020. However, seven clubs have reported cases in December: Manchester United, Brentford, Tottenham, Leicester City, Brighton, Norwich City and Villa.

From Wednesday government measures aimed at limiting the virus spread will require fans to provide proof of full vaccination, or a recent negative lateral flow test, to enter venues holding more than 10,000 people, which includes every Premier League ground.

The issue has affected other sports with both Leinster and Montpellier reporting cases before their rugby union Heineken Champions Cup tie on Friday.

Leinster postponed training on Monday prior to their latest PCR testing results, the Irish province having said last week that three senior players and one member of staff had tested positive for Covid-19. Those tests returned positive in “an additional number of senior players”.

Their French hosts have recorded five positive cases in the last week.

In the US NHL’s Calgary Flames have nine players in COVID-19 protocols, despite a fully vaccinated squad, forcing the cancellation of three matches. NBA’s Chicago Bulls are shut down for several days with 10 players in health and safety protocols while the Brooklyn Nets will play on without five players.

Friday is Booster Day in the NBA when any player that has not received their booster jab – at present around 150 players – will be subject to daily testing again.

As Indiana Pacers assistant coach Lloyd Pierce, who is standing in for Rick Carlisle after the coach tested positive, said: “It’s always joyful when you just get to the court. … With the state of COVID, there’s always something going on.”