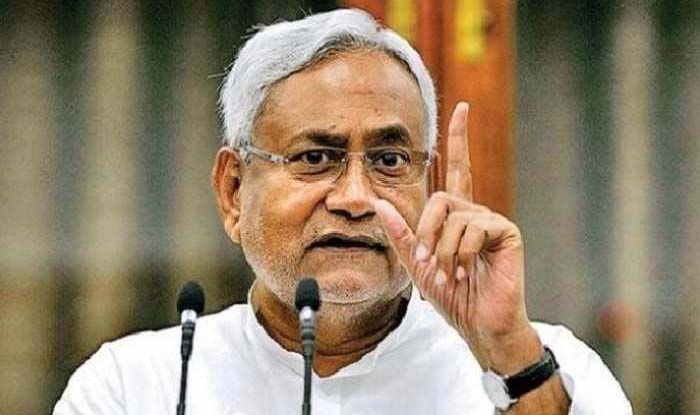 Patna: Bihar Chief Minister Nitish Kumar on Monday said the crime rate in Bihar has come down after the liquor ban and he stands against liquor. Speaking on the matter, Nitish Kumar was quoted by ANI as saying that he stands by his decision to ban liquor in the state as it has lowered crime rate significantly.Also Read – Puducherry Orders Shutdown of All Liquor Shops Amid COVID-19 Surge

“Some people have turned against me because I ordered a liquor ban and I am serious about it. Those who are against it, feel bad. It is a different matter. They might have their own opinion. But we listened to the people – both men and women. I stand against liquor,” he added. Also Read – Allow Home Delivery of Booze: Liquor Makers Urge Govt After Long Queues Seen Outside Alcohol Shops in Delhi

Nitish Kumar further stated, “It is not as if the crime has increased (in the state). The crime figures have not increased. If something happens, action is taken. Administration and Police are active and action is being taken wherever something is happening.” Also Read – Majority in Favour of Liquor Ban in Bihar: CM Nitish Kumar

“At some places, other incidents have occurred, an incident of Naxals have been reported from one location. It is being probed. It is a different matter but the incidents of general crime have come down. I did also like to add that the crime rate has come down after the liquor ban,” the Bihar CM added.

It is not as if the crime has increased (in the state). The crime figures have not increased. If something happens, action is taken. Administration & Police are active and action is being taken wherever something is happening: Bihar CM Nitish Kumar pic.twitter.com/xuVutp5f0P

Earlier, Lok Janshakti Party (Ram Vilas) chief Chirag Paswan slammed Nitish Kumar over deaths reported in the state due to illicit liquor consumption. Addressing a press conference, Paswan said, “He (Nitish Kumar) won’t answer why alcohol is still available to the public in Bihar becuase higher officials of the states are part of the racket”. He added that it was an established fact that Nitish Kumar runs his government through his officials.

It is to be mentioned that Nitish Kumar has called for a second high-level meeting on November 16 to deliberate further on the liquor ban that has existed in the state since 2016. The meeting is scheduled to take place exactly 10 days after the first meeting was held in which various aspects of the liquor ban were discussed.