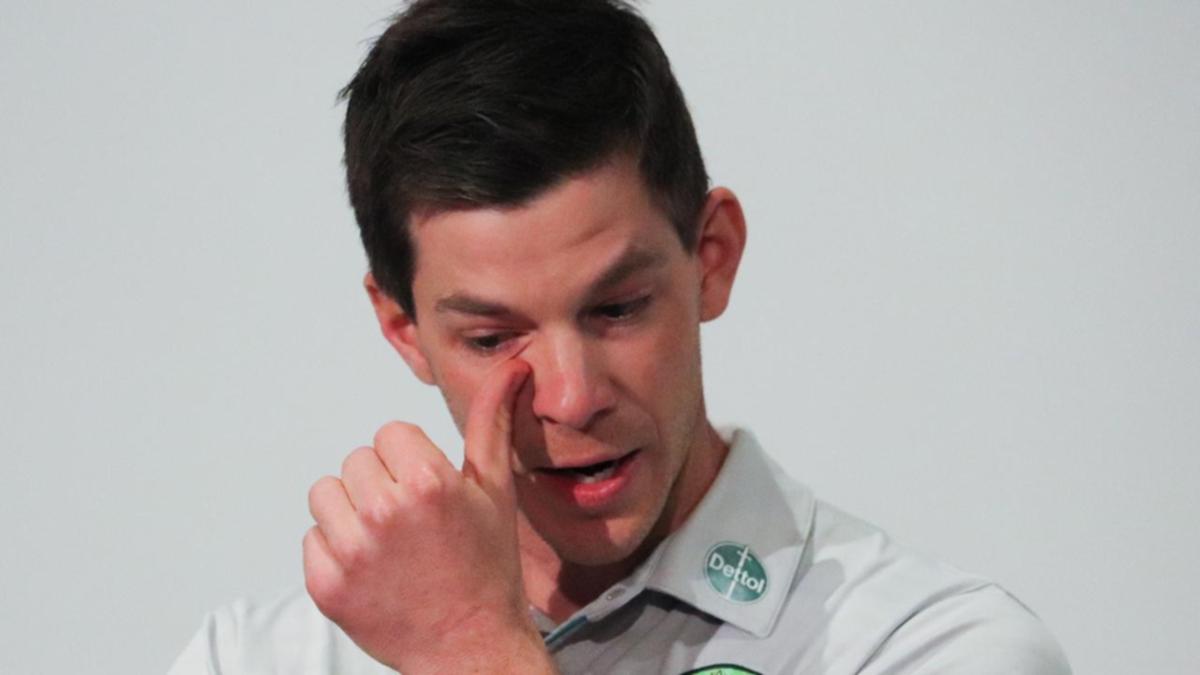 Australian cricket’s white knight has fallen, forced to fall on his own sword because of his own disgrace.

When Tim Paine became the 46th Test captain three years ago, there was a ton of uncertainty about whether the appointment would work.

Remember, the wicketkeeper had considered retirement only a few months earlier. At the start of the 2017-18 season, he wasn’t even a regular member of the Tasmanian team.

But on one point, everyone was certain – here was the best bloke to lead Australia in the wake of the Newlands cheating scandal.

Australian cricket needed someone with a rock-solid reputation to take over after Steve Smith’s tearful Sandpapergate resignation.

Tim Paine was just the man for one of the biggest crises in Australian sporting history.

But at the time, only a handful of people knew that this family man and all-round good guy was hiding his own dirty secret.

Just months before he was made captain and eve on his Test return, Paine had done something that would come back to haunt him.

And here we are.

It is just five days since Australia was too good for New Zealand, winning the T20 World Cup for the first time.

What an ideal triumph only a few weeks out from the start of a home Ashes series.

While COVID-19 lingers, border restrictions are easing and the MCG will welcome a bumper crowd for the showpiece Boxing Day Test.

Australia is coming back to life as summer looms.

Note also that English cricket and its Test captain Joe Root are dealing with the fallout from the Yorkshire racism scandal.

But for now, all that is irrelevant.

The Australian role that is seen as second in profile only to the Prime Minister’s is in disgrace, again.

Amid the many unanswered questions from Paine’s bombshell announcement on Friday afternoon, there are one or two for Cricket Australia.

Why appoint him captain, knowing this was lurking in the background?

But CA has form. It also sat on the Shane Warne/Mark Waugh Pakistan betting scandal – remember John the bookie? – for four years before persistent media digging forced its hand in December 1998.

This also appears to have broken only because the media caught wind of it.

What is clear for now is that just three years after Australian cricket was forced to clean up its on-field ugliness, an off-field scandal has ripped it apart again.