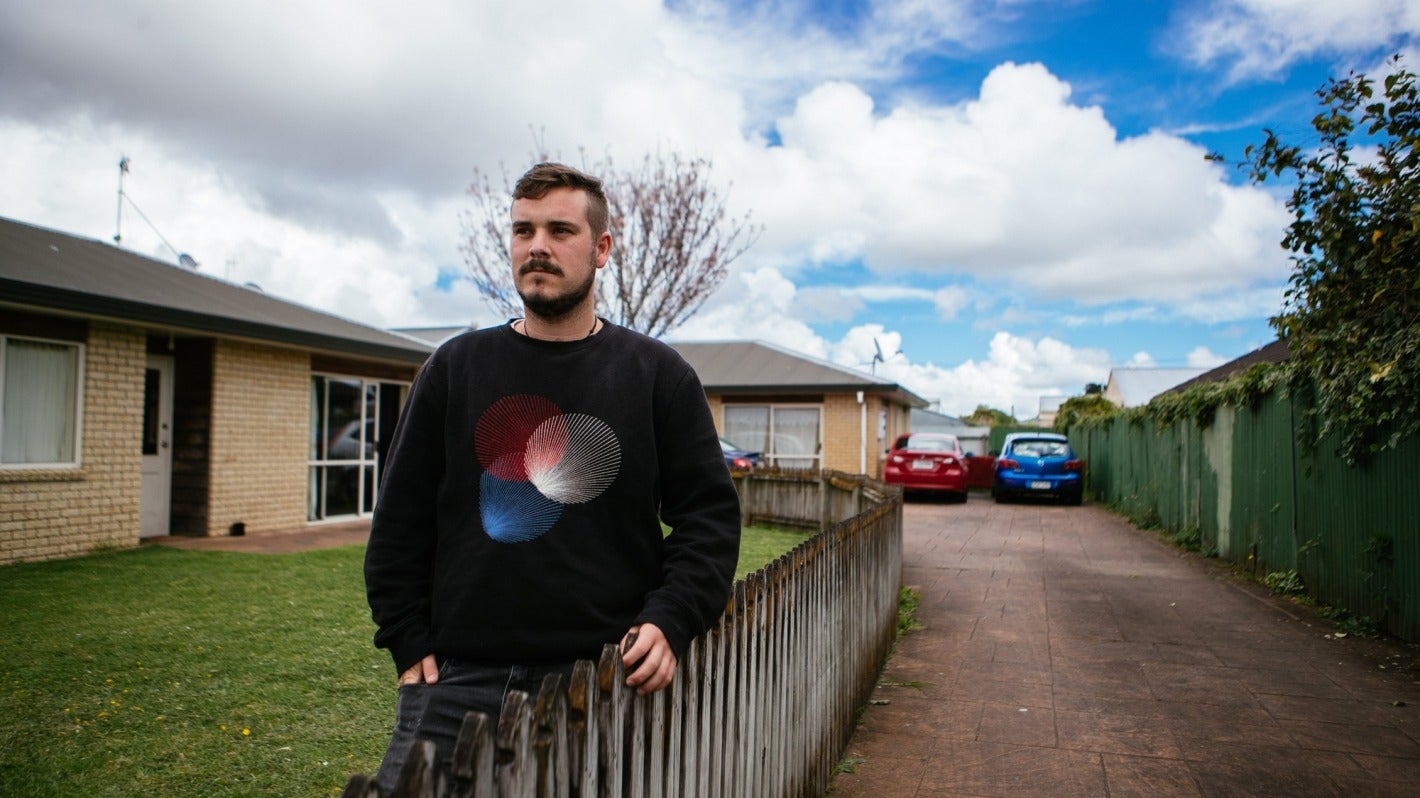 Auckland resident Mitchell Harnett said he was uncomfortable with the crowds gathering outside his house every weekend.

The police response to Covid-19 breach complaints has come under scrutiny, after several phone calls and online reports elicited less action than an email to Stuff.

Papakura local Mitchell Harnett made two 111 calls and three complaints to the police Covid-19 breach hotline asking for help and was not impressed with the results.

But within a day of Stuff inquiries into the problem, police had attended the scene, resolved the problem and Harnett expects he can sleep well again.

Harnett said the problem stemmed from his neighbours operating a fundraiser from their home at the top of a three-flat shared driveway.

READ MORE:
* The ‘hard to reach’: why fear and a lack of trust make contact tracing difficult
* Trucking bosses left to own devices on Covid-19 vaccine mandate
* Covid-19 NZ: When will each DHB reach the 90 per cent full vaccination target?

It meant some two dozen cars were roaming up and down the driveway from morning until late on Fridays and Saturdays to buy food, with passengers congregating in large groups without masks, staring into Harnett’s home, leaving cigarette butts outside and even spitting on the driveway, he said.

Worried about potential spread of Covid-19, he said he tried appealing to the neighbours to stop or move their operations to the street, and even considered ending his lease early. But when nothing changed he reported the issue to police.

Harnett made three 105 reports, which are for non-emergency police matters, and called 111 twice, he said.

Police arrived two days later and gave what they later described to Harnett as an “education talk” with the neighbours.

“The 111 responder pretty much said ‘I know it’s frustrating, but there is only limited staff that can come out to these calls, and they will be there when they can,’” he said.

“I don’t see the fairness in any of this… I’m just really curious if the police are helping anyone else, because it’s just been brushed aside for us.”

When there was no resolution in sight, Harnett wrote to Stuff this week, which contacted police for comment about their inaction in his case. By Friday, the neighbour’s takeaway operations were over.

What’s allowed and the three stages of Covid-19 alert level 3, introduced for Auckland in October 2021

“In some instances Police engaging with people and reminding them about the rules in place may be the appropriate response for the situation,” he said.

“However, Police have the ability to take enforcement action on those found to be intentionally or repeatedly breaching restrictions in place.”

Harnett was relieved to have the situation finally dealt with.

“They did everything they should have done the first time,” he said on Friday.

“I can sleep tonight.”

Members of the public can report what they believe to be breaches of the Covid-19 lockdown rules to police online or by calling 105.

So far since lock down began on August 17, police have received 6,191 online complaints through the 105 line about businesses, mass gatherings or people in Auckland, Northland, and parts of the Waikato.

A police spokeswoman told Stuff she could not provide any more granular information than the figure provided.

Wakelin said police do encourage people to report breaches, even though they may not be immediately attended to.

“Police acknowledge that in some instances we may not be able to immediately respond to a breach report, as this will need to be taken into account against other calls for service in an area at a particular time,” he said.