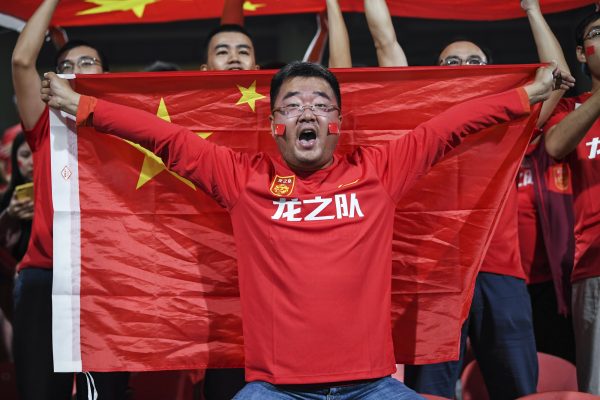 Markers of China’s rise are ubiquitous these days, but one form of international prowess has remained stubbornly out of reach: success at football, and specifically the FIFA World Cup, the premier international football competition.

It may seem silly to focus on a sports competition as a marker of international prestige, but China’s top leader himself has made no secret of harboring just such ambitions. An avid football fan himself, Xi Jinping unveiled a “Great Football Dream” in 2016, a niche subset of his broader “China Dream,” but motivated by the same impulse: a strong desire to see China respected and admired on the world stage. As Kerry Brown and Layne Vandenberg put it in the 2018 article for The Diplomat, “A victory at soccer for China would be symbolic of their battles over the last century and a half: to modernize, to be equal, and perhaps even superior, to the world powers that once looked down on them.”

Xi’s high hopes for Chinese football encouraged a raft of investments – including a $1.7 billion football stadium under construction in Guangzhou. At the height of the boom, the Chinese Super League famously spent over $400 million signing foreign players in the 2016-17 transfer window. The influx of cash was designed to support the Chinese Football Association’s stated goals for China to host the World Cup, win the World Cup, and become a global “football superpower” by 2050.

There has been progress behind the scenes, with a focus on developing young, homegrown talent. China has seen a massive surge in the number of schools offering “special football education,” up from 5,000 in 2016 to 27,000 in 2019. By 2025, up to 50 million Chinese students are expected to be receiving football training as part of that effort.

Yet so far, the political and financial backing has not translated to results.

China’s men’s national team has qualified for the World Cup just once, in 2002, and it lost all three of its matches at the tournament. China peaked in the FIFA rankings at 37th in the world in 1998; since then, its ranking fluctuated before stabilizing in the mid-70s, where it remains stuck today. (China’s women’s football team has fared far better; it is currently ranked 17th in the world but has been a fixture at the Women’s World Cup, including finishing second in 1999.)

As part of China’s “Football Dream,” there were high hopes that the men’s team would finally break through and qualify for the 2022 World Cup in Qatar. But the team is off to a shaky start. Since making it to the third and final round of qualifying for the Asian region, China has lost three of its last four matches, leaving it in fifth place in its group. Its sole victory was a 3-2 squeaker against last-place Vietnam.

The third and final round of World Cup qualifying for the Asian Football Confederation consists of 12 teams divided into two groups. The top two teams from each group will automatically qualify for the 2022 World Cup. The third place teams will play each other for the chance to compete in an intercontinental playoff for a spot on the main stage in Qatar – meaning a hard slog and long odds. At fifth place, China is on the outside looking in at the moment.

The next two matches – against Oman on November 11 and Australia on November 16 – will be crucial for China if its hopes are to remain alive. But the team will have to overcome an additional burden, one ironically imposed by their own government. The next two matches were supposed to be home games for China, but the government’s strict limitations on international travel prevented the matches from actually being held on Chinese soil. Instead, the games will be played in the UAE.

The loss of the home field advantage has been difficult, the team’s coach admitted. “We have been longing to play our upcoming games at home,” Li Tie told Xinhua.

“It will be more difficult for [the players] to show their best form, but the coaching team will do our best to help them adjust,” he added.

Wu Lei, a Chinese striker for Espanyol, and currently the only Chinese player in a top European football league, agreed that the lack of home games had taken a toll. “The home advantage is very important and the support from our fans could be very helpful for us,” he told Xinhua. “…Obviously it’s very disappointing that we can’t play at home, but the only thing in our mind is to play the matches well.”

China is not the only team impacted by COVID-19 restrictions at home. Australia’s team has also been playing “home games” overseas, due to border closures. Unlike China, however, Australia recently opened its borders for Australian citizens and, as a result, is gearing up to play its first matches at home in two years.

Another complication is that China’s domestic football league, the Chinese Super League, is on hiatus. While the shutdown, which began in August 13 and will last until December 1, was supposed to make it easier for the national team to focus on its matches, Li said it has backfired by limiting options to scout and potentially add new players to the team.

“We thought about recruiting other players, but because many Chinese Super League teams are on holiday, we have very limited options,” Li said.

That shutdown, too, has links to the pandemic – reportedly the decision to put the CSL on ice was motivated by the fact that national team players would have to follow China’s strict quarantine requirements after returning from overseas, severely limiting their ability to play in domestic league matches.

As it stands, the most realistic of China’s “football dreams” is hosting the World Cup. Under current rules, that wouldn’t be possible until 2034; because Qatar is set to host next year, other Asian teams are not eligible to host the 2026 and 2030 World Cups. Should China look to host in 2034, it would come with an added benefit: a guaranteed slot in the World Cup, at long last.

That timing would align well with projections for China’s current strategy to bear fruit.

“The integration of football into the school curriculum suggests that the flow of benefits from China’s investment in the sport will be delivered over a longer period of time,” Simon Chadwick, professor of Eurasian Sport at Emlyon Business School, told DW in September. “On the field, we will begin to see some progress during the second half of this decade, although it seems likely that it is going to be at least 2035 before we witness China’s sustained rise up football’s rankings.”