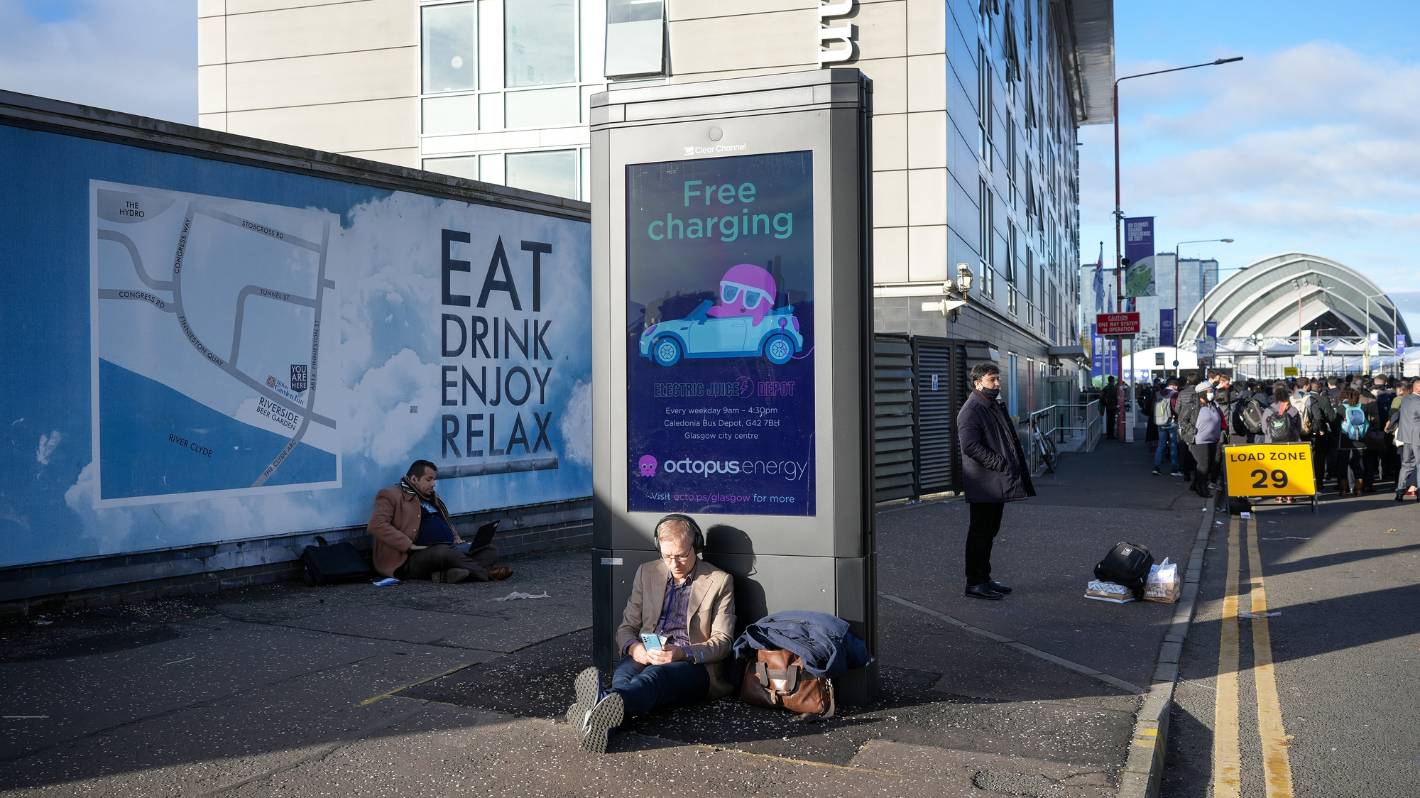 Countries have gathered to negotiate the final details of a global bid to keep planetary warming under 1.5-2C. Olivia Wannan reports from Glasgow.

ANALYSIS: The UN climate summit is scheduled to end in less than 24 hours. The closest analogy for the mood of the event I can come up with is sending a loved one into surgery. The world is now in the waiting room, with the fate now out of our hands happening in closed rooms with few updates.

Meanwhile, the rest of us: climate activists, business representatives, non-government organisation attendees and press are outside the critical rooms.

Interestingly, as ministers and negotiators became quieter, the lobbying voices are getting louder. They know there are only hours before this will all end – either with a successful agreement, or a choice to push the tasks once again to next year.

Many people have a pet issue. For some I’ve talked to in the last 12 days, it’s ensuring human rights and the rights of Indigenous people aren’t compromised by internationally funded carbon-cutting projects. For others, it’s giving a mandatory boost to the amount of carbon saved when a country – such as New Zealand – decides to meet its Paris pledge by paying for emissions reductions in other countries, instead of at home.

Carbon market experts are also highly concerned about any concessions that would allow pre-2020 carbon credits to enter the system – some activists cleverly term these “zombie credits” – or for countries to claim the environmental benefits of projects funded by others. Any compromise here will create a hole in the Paris Agreement, loosening its effectiveness. The bigger the concession, the larger the hole.

An unhappy negotiator might provide an off-the-record debrief of what’s going on – and the gossip travels.

As the hours progress, we also get technical (and often unhelpful) official updates, in the form of draft rules. These can give you an idea about the types of concessions that have been put on the table. But these could still change. Even a proposal that’s been whittled out could be revived. And it’s hard to know which is the most likely.

An especially confusing bit of text could make it into the draft – this wording might be the result of a sleepless night and therefore likely to be resolved as the day progresses, or it might be deliberately ambiguous, throwing climate activists into a panic at the implications.

For example, a proposal to allow countries to “double count” some lesser-value carbon credits, but only those sold to private companies, has appeared in the draft Paris rulebook. Many climate campaigners on the ground are deeply opposed to any form of double counting.

But if that were to happen, then there would need to be some mechanism to separate the high-quality credits from the lesser ones. The suggestion that the country hosting the carbon-offset project could be the one to make the call has left Kiwi law students at COP26 concerned that this could become a loophole to escape many safeguards.

As the negotiations peak, developing countries hold an additional card: money. Scottish First Minister Nicola Sturgeon​ re-emphasised this point to the waiting crowds. (While the UK is in the Paris Agreement, Scotland is not a party, so she was one of the most visible leaders during this critical time.)

The developing world promised – first in 2009, and then again when the Paris Agreement was signed – to provide $100 billion each year to developing nations, to help them cut carbon and adapt to the effects of climate change.

As Sturgeon noted, the entire pot didn’t show up on time and has still not been provided – but it’s very nearly there. “Whatever it is, it must be made up,” she said, during an Oxfam-sponsored event Thursday (Friday NZ time).

It’s fundamental to the trust underpinning global climate action, she added. “It’s also important because that commitment is essential to unlocking progress in other areas.”

Will New Zealand’s chequebook come out again? Only time will tell.

COP26 president Alok Sharma​ has expressed a desire to finish on schedule, on Friday evening (Saturday NZ time). If that happens, he really would be making history. Few COPs finish close to the scheduled time.

At the previous five meetings, talks stretched into Saturday or Sunday. The last, COP25 in Madrid, lasted until Sunday afternoon in (an ultimately unfulfilled) pursuit of a successful outcome, before the officials called time.

Our disappointment – of everyone stuck in the waiting room, here and across the world – at a similar outcome remains perhaps the only tool we have left to contribute.