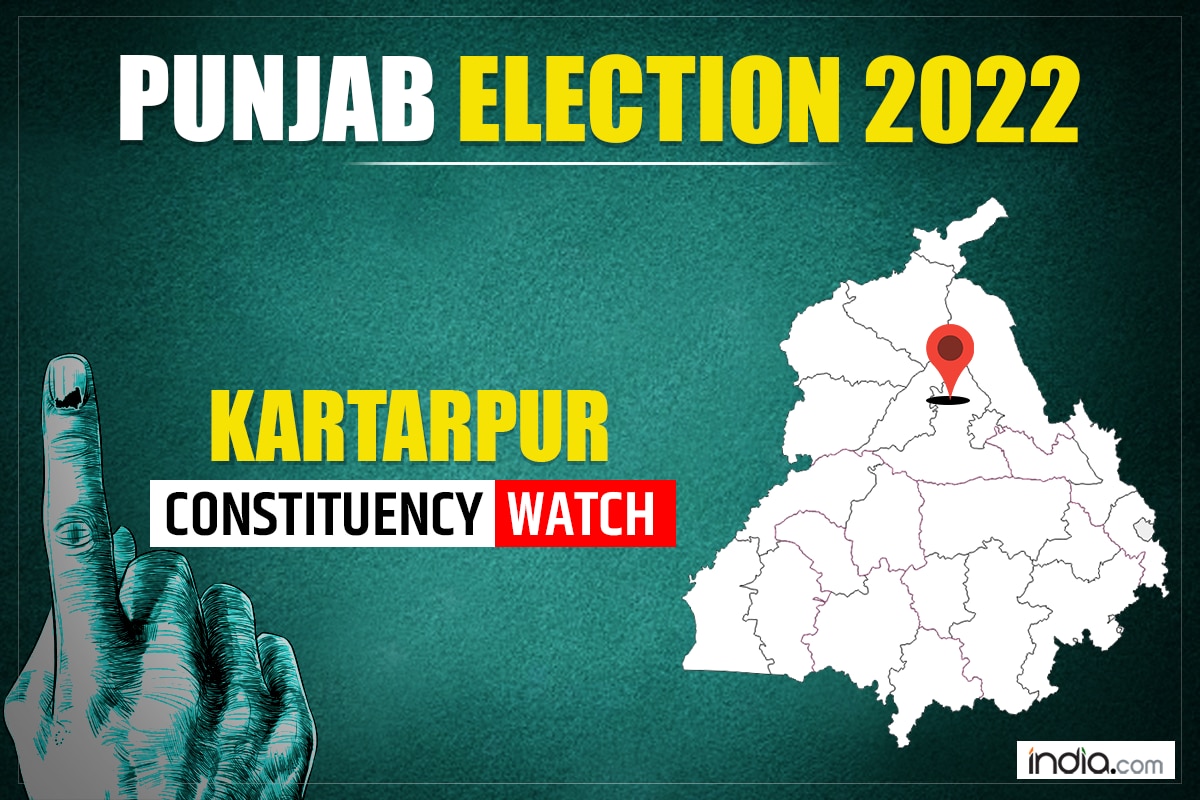 New Delhi: Kartarpur Vidhan Sabha is a reserved seat and falls under the Jalandhar district of Punjab. According to Election Commission’s data, there are 1,84,515 registered voters in Kartarpur, including 88,394 males and 96,119 females. In the 2017 Punjab assembly polls, Chaudhary Surinder Singh of the Indian National Congress won the seat by defeating Seth Sat Paul from Shiromani Akali Dal with a margin of 6020 votes.Also Read – Goa Assembly Election 2022: Will BJP’s Joshua Peter D’Souza be Able to Retain Mapusa?

Interestingly, in the last assembly polls, Kartarpur was the only rural seat in the Jalandhar district that Congress was able to secure, remaining Adampur, Phillaur, Nakodar and Shahkot went to the Siromani Akali Dal. However, the district’s all four urban seats–Jalandhar Central, Cantt, North and West–had gone with the Congress. Also Read – Uttar Pradesh: Full List of Constituencies Going To Vote in 1st Phase of Elections Today

Kartarpur Vidhan sabha seat is a Congress stronghold and is currently represented by Congress MLA Chaudhary Surinder Singh, who is the son of stalwart leader Chaudhary Jagjit Singh, who was Kartarpur MLA from 1980 to 2007. Since the 1977 elections, Congress had sat out of power in Kartarpur only thrice when SAD candidates managed to defeat Jagjit Singh in 1977, 2007 and 2012. The seat went back to the family when in 2017, Jagjit Singh’s son Surinder Singh reclaimed the seat again. Also Read – Smash It Like Channi: Punjab CM Plays Cricket With Locals During Poll Campaign in Aspal Khurd | Watch

In 2022, Congress has once again placed its bet on Surinder Singh and fielded him from the Kartarpur SC seat. However, this time Congress may see a neck and neck fight with Aam Aadmi Party and SAD-backed Bahujan Samaj Party putting up a strong fight for the reserved seat. The BSP-SAD alliance has fielded advocate Balwinder Singh, who in the 2019 Lok Sabha election from Jalandhar seat by bagging over 2 lakh votes for BSP. The AAP on the other hand fielded former Kartarpur DSP Balkar Singh, who has strong connections in the area. BJP candidate Surinder Mahey and Sanyukt Samaj Morcha’s Rajesh Kumar are also in the fray from the rural seat.

How electoral history is expected to change in 2022?

The fight on the reserved Kartarpur is expected to be multi-cornered with SAD partying ways with the BJP and BSP and Sanyukt Samaj Morcha’s entry into the poll fray. SAD’s alliance with the BSP and the Congress nominating Dalit face Charanjit Singh Channi as the Chief Ministerial candidate, can have a massive impact on the huge SC vote bank of the constituency.

Key Candidates to Watch Out For

Who Rules Kartarpur Over The Years