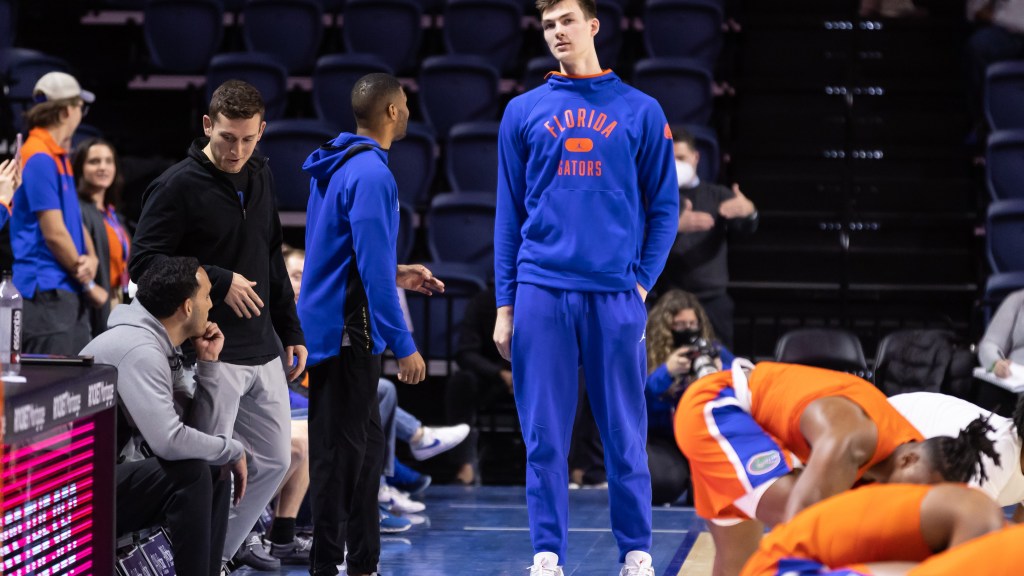 Florida has learned how to play basketball without Colin Castleton over the last six games, but the hope is that the Gators’ big man will return to the lineup soon.

In a preview of Florida’s Saturday matchup with Ole Miss, Gators’ senior writer Chris Harry said that Castleton is “doing more in practice and taking part in individual instruction sessions.” He’s not expected to be on the floor against the Rebels, but a return on Wednesday against Georgia could be possible as he continues to progress through his left shoulder injury.

The Gators need Castleton to make a serious run in the SEC Tournament or the NCAA Tournament. He’s the team’s leading scorer and the only center left on the squad after Jason Jitoboh‘s season ended early. Anthony Duruji has been the team’s starting center for the last two games, and Tuongthach Gatkek has stepped up to help the depleted frontcourt.

Since Castleton went down, Florida has managed a 4-2 record. Tyree Appleby has stepped up as a clutch scorer, but there’s no denying that points have been harder to come by for Florida without the big man drawing attention on offense.

The sooner Florida gets its team leader back the better. He was just hitting a hot streak when he got injured, and his teammates need his spark on the court.