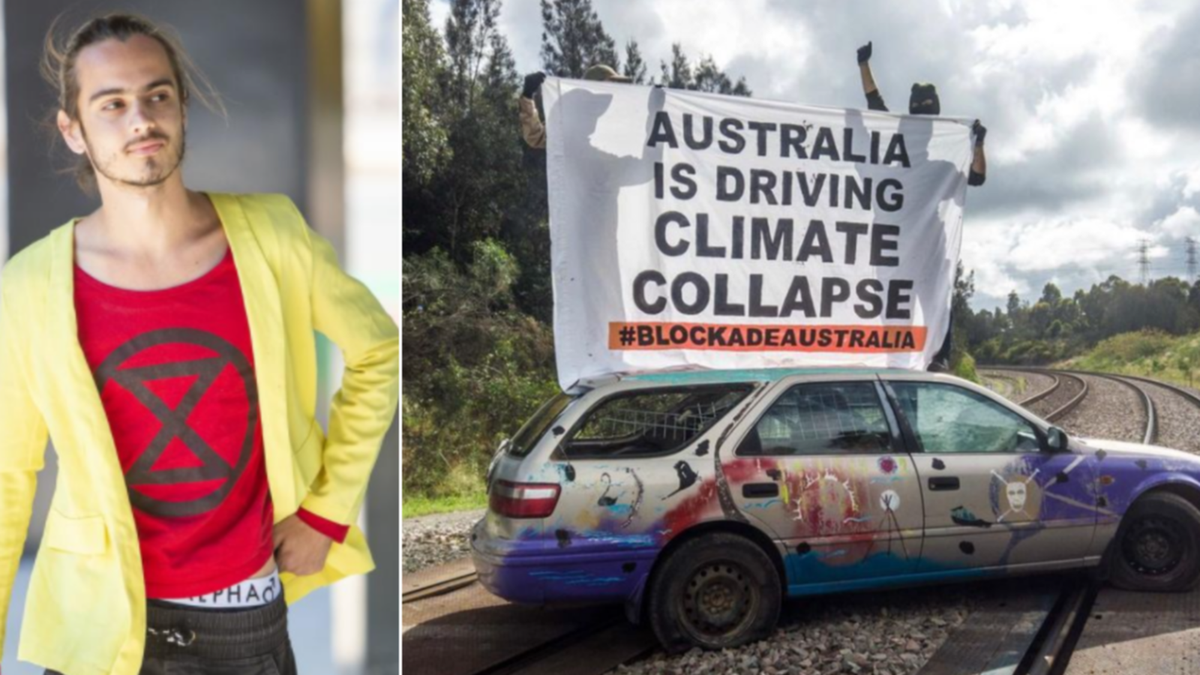 A young climate activist who climbed atop a train in co-ordinated protest action to disrupt Newcastle’s coal industry has been jailed for 12 months.

A community corrections order previously applied to the first offence was also revoked.

Herbert, who filmed himself on a carriage of the stopped coal train, is also facing charges in the ACT.

He set up camp on the lawns of Parliament House in October and told a small crowd to find the courage to protect his generation from “the social collapse caused by climate breakdown”.

“I am happy to receive death because that is what I’m receiving here today,” Herbert said while police carried him from the lawn.

Blockade Australia described the sentence as “’an overreach of power”, quite shocking and unprecedented.

“The magistrate who sentenced him is Mark Latham’s wife … they (magistrates) shouldn’t be so connected with politics,” spokeswoman Rilka Laycock-Walsh said.

The group’s two-week-long action was condemned by NSW Police Minister David Elliott as “nothing short of economic vandalism”.

“Police are taking a zero-tolerance approach to those that want to infiltrate our rail network,” Mr Elliott said.

Two Victorian women involved in the protest were charged with doing an act with intent to kill or injure a person on a railway, carrying a maximum term of 25 years.

Blockade Australia said the “trumped-up” charges were designed to intimidate those engaging in non-violent direct action.