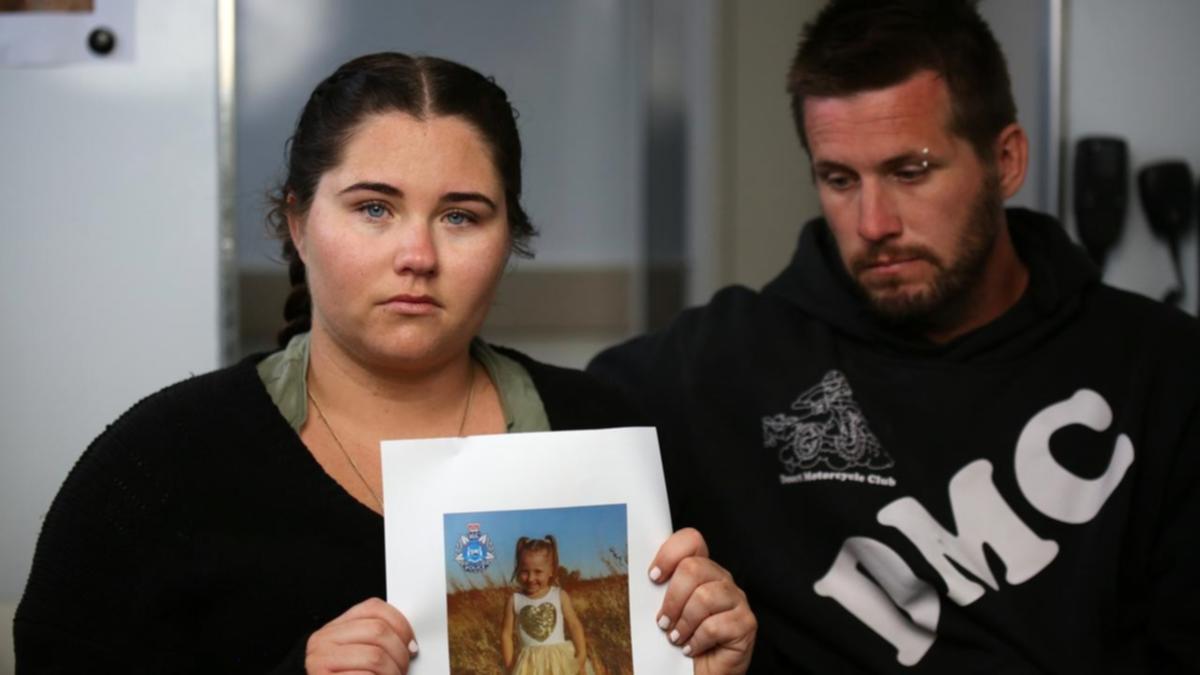 A land search of the immediate area surrounding the WA camping ground where four year old Cleo Smith went missing is winding down – but her devastated parents have not left the site.

Cleo went missing from the Quobba Blowholes campsite some time between 1.30an last Saturday morning – when she asked her mum for a sip of water – and 6am, when her parents woke up to find her gone.

In the video above, WA Police issue urgent community announcement

The little girl’s sleeping bag was also missing and the tent’s zip was up too high for Cleo to have reached up and opened it herself, police revealed on Wednesday.

An intensive land, air and sea search of the rugged terrain surrounding the isolated campsite, situated about 75 kilometres north of Carnarvon, has found no sign of the missing girl.

As the investigation now hones in on the likelihood that Cleo has been abducted by a third party, her mum Ellie and stepdad Jake have decided not to return home to Carnarvon and simply wait for news.

They have remained onsite in the desperate hope that she will still be found safe somewhere nearby.

The campsite has now been declared a crime scene and police guards have set up an exclusion zone preventing anyone from entering the campground.

Only Ellie, Jake, and those still searching the surrounding area for Cleo remain at the Blowholes site.

The site search is now focusing on locating any evidence that could reveal who took Cleo, rather than a missing persons search.

Cleo’s parents haven’t spoken publicly since their heart-wrenching appeal for information on Tuesday, when Ellie said they felt “hopeless and out of control” as the search stretched on.

However, Ellie has posted a number of pleas on Instagram for her little girl to “come home.”

On Thursday night she reposted a WA Police message with a picture of Cleo and the message, “My princess, where are you.”

“Our friends and family have been so supportive, everyone’s asking us what we need, but all we really need is our little girl home,” she said on Tuesday.

“We sit and watch the sand dunes and think she’s going to run down it and back into our arms – but we’re still waiting.”

Ellie described Cleo as a beautiful, delicate, funny girl with a big heart.

“She loves rocks, she collects rocks, she loves makeup and dressing up, every day she wants to wear a princess dress,” her mum said.

“She’s everything you’d want in a little girl.”

On Thursday, police confirmed they believe it’s likely Cleo did not wander off by accident but rather was kidnapped.

“Someone in our community knows what happened to Cleo,” he said.

“Hundreds of thousands of data points, hundreds of witnesses, hundreds of exhibits, we will work methodically through that information to get the answers that we need.

“Our priority is to bring Cleo home.”