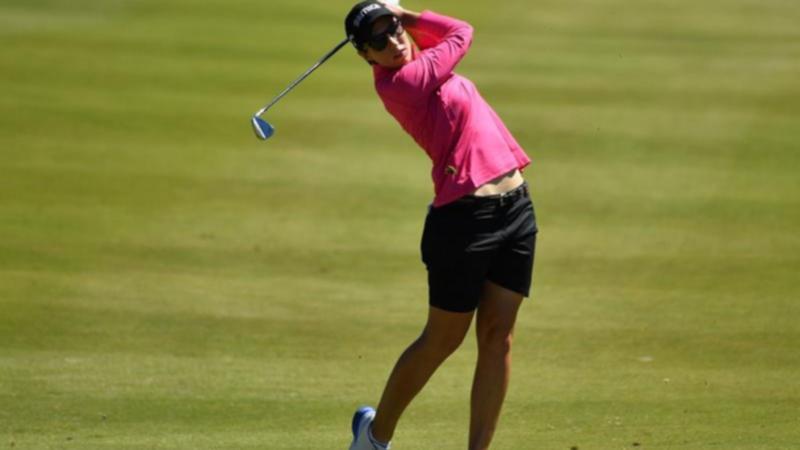 Ciganda fired an eagle and four birdies in a bogey-free 66 at Los Naranjos Golf Club on Friday to reach eight-under-par, a shot ahead of compatriot Fatima Fernandez Cano.

The world number 48’s putting has often held her back, but adopting the same unorthodox grip used by Fleetwood is paying instant dividends.

“My boyfriend knows him so he texted him and asked why he changed and putted like this,” Ciganda said.

“He told me a couple of things and it has been helping me. I think it’s the way forward for me.

“I was pretty comfortable out there, hit some great shots and the putter was hot. Four birdies, one eagle is a great round and I’m very happy.”

Whitney Hillier is the leading Australian player in the Ladies European Tour’s 2021 finale, having shot a two-under par 70 to lie two-under overall, six off the pace in joint-eighth place going into the weekend.

Her compatriot Steph Kyriacou made up for a poor start on Thursday with a three-under 69 that leaves her still in the hunt at one-under.