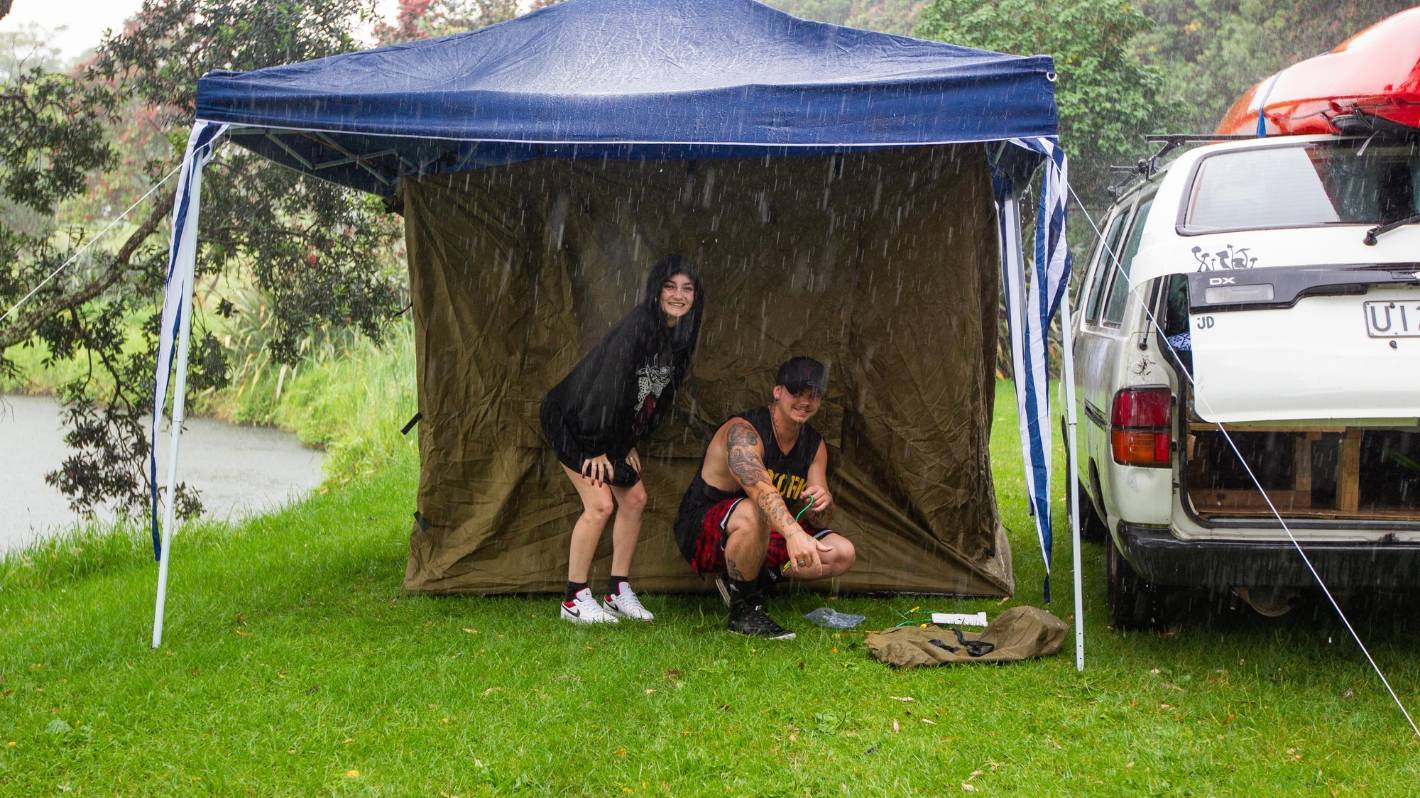 After days of perfect sunshine, the Auckland couple arrived in their self-contained camper van in torrential rain.

Putting up their gazebo for an afternoon at Lake Rotomanu proved no easy task.

READ MORE:
* Severe weather warning for parts of North Island
* Christmas Day weather: The best spots to enjoy some sunshine
* Rain forecast for most of the country during first week of school holidays

“It’s all the fun of summer, I guess,” added Jess, 21. “You can’t help the weather. I said it felt like someone had switched on the rain.”

The pair, who had left Auckland at 7am, said they would be following freedom camping regulations in New Plymouth for two nights, and then head down to Wellington as part of a North Island holiday

They are no strangers to road trips – this is their third together.

Others were having no issue with the rain, which was brought on by a front moving slowly northeast over the lower North Island, turning the Christmas blue skies to grey.

Greg Plimmer was on the lake with daughters Cassie and Lacey, and family friend Ruby Ressby, for water skiing.

Meanwhile, Reebekaa Robinson, Ella Casey, Rocki Robinson and Kelsyn McCook were enjoying themselves as they splashed about on an inflatable.

The rain continued throughout the day, and by 3.30pm, 52 millimetres had fallen on New Plymouth, Egmont village had been drenched by 61mm, and Inglewood had received 70.5mm.

Life was slightly drier further south, with 37.5mm at Hāwera, 52mm at Patea, and 29.2mm at Waitotara, according to figures compiled by Taranaki Regional Council.

Wednesday, however, should be more of a return to summer.

MetService forecasts a possible shower or two in the afternoon, but after that Taranaki should stay dry and bright for the remainder of the year and into 2022.