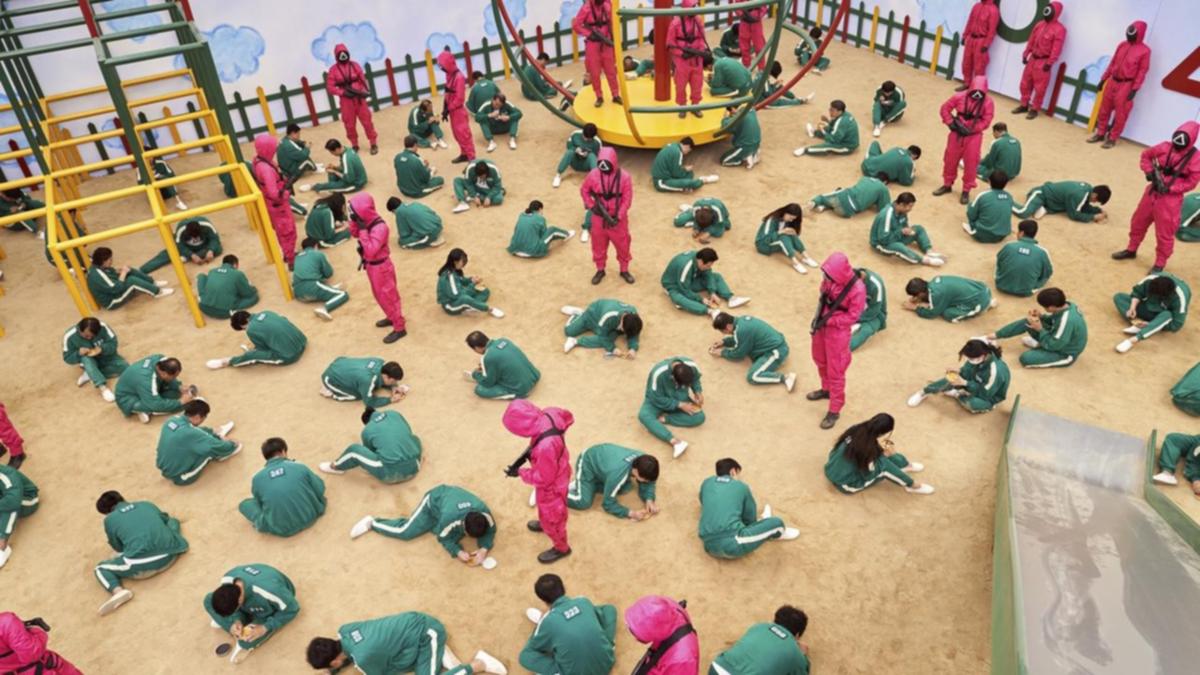 A viral TikTok challenge inspired by the Netflix show Squid Game has resulted in three children being admitted to a Sydney hospital with burns.

The Children’s Hospital at Westmead is warning parents about the challenge, which involves making honeycomb.

The injuries ranged from mild scalds to nerve damage, with all three children requiring ongoing treatment.

The TikTok trend involves carving a shape into home made honeycomb without breaking it.

The children were burned while melting hot sugar and transferring it to baking paper.

One of the children admitted in the last month, Aiden, 14, suffered burns to his hand and deep burns and nerve damage to his leg, according to the hospital.

His mother Helena said the burns were so severe that doctors feared he would need a skin graft.

The burns are healing well on their own but he will spend the next year in a pressure bandage.

“It’s shocking that such a simple act, like making honeycomb, could have such serious consequences,” she said.

Acting head of the hospital’s Burns Unit, Erik La Hei, said honeycomb could be dangerous because of the high temperature at which its sugar melts.

“The honeycomb toffee mix is both hotter and stickier,” Dr La Hei said.

“If the mixture is spilt or handled while it’s still hot, the greater heat and longer contact times causes deeper, more serious burns.”

If a child is burnt, the burn should be placed under cool running water for 20 minutes. Any clothing or jewellery should be removed.

If the burn is bigger than a 20-cent piece, or parents have concerns, they should seek medical help.