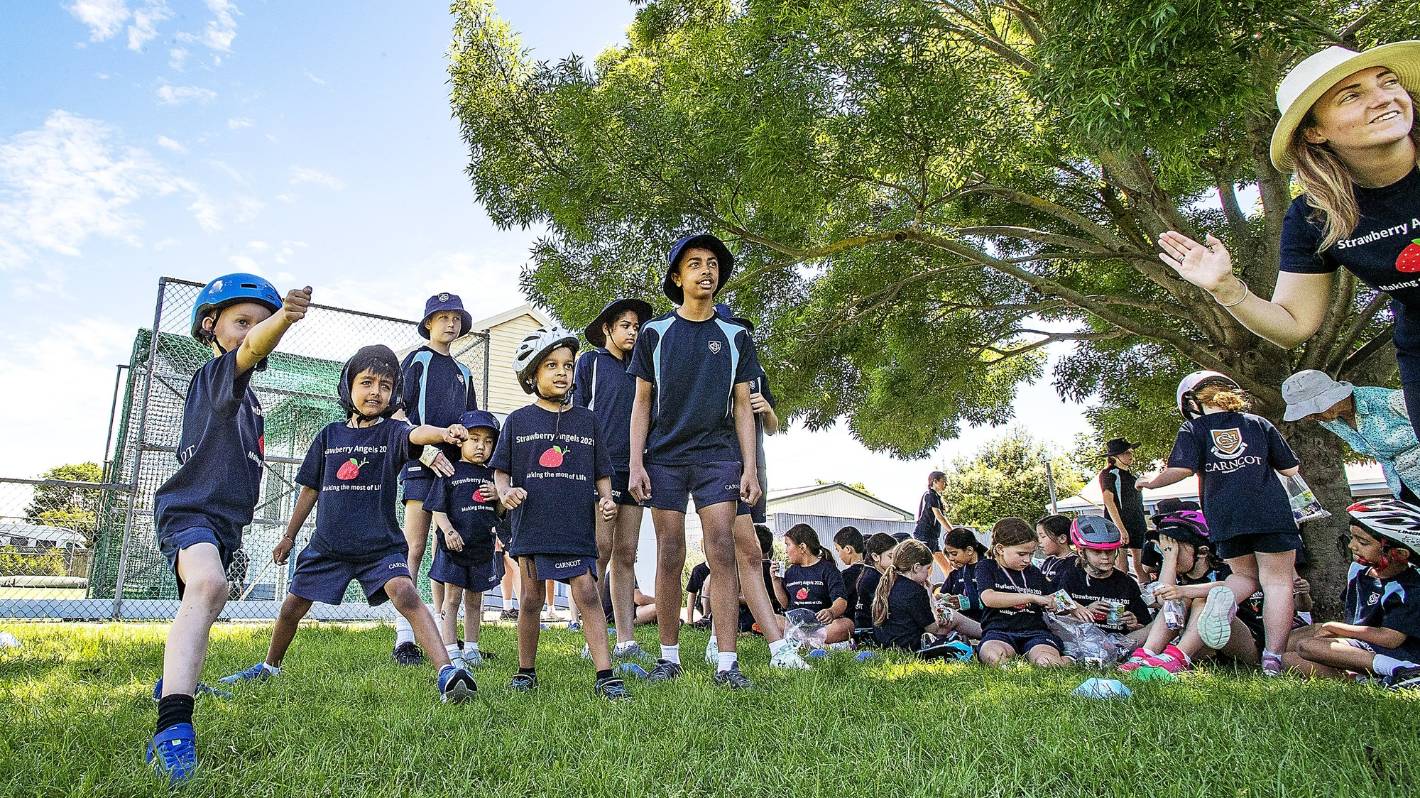 Carncot School children prepare to start their duathlon race as part of a school fundraiser event.

Children at a Palmerston North school have thrown themselves into fundraising efforts and a duathlon.

Pupils from Carncot School have been raising funds to give to Arohanui Hospice and Barnardos, with the children involved in organising and running on event.

The school held a duathlon on Thursday, with children running and biking or scootering around the school, for an event called “Do the du”.

The children designed T-shirts to sell, had a bake sale, charged entry to the race, organised goodie bags and spot prizes, found sponsorship and advertised the event.

Assistant principal Jane Harris said the event looked at values such as kindness, responsibility and being part of a team.

“The theme is making the most of our lives every moment. We’ve had a lot of disruption this year, and we’re trying to make our kids resilient people who are life-long learners.”

Fundraising was ongoing, but more than $1000 had been raised so far.

The pupils are working on a self-organisation, which is about manaakitanga, or generosity, and giving back to the community.

Harris said they also wanted to provide an experience for the younger children.

The T-shirts read “Strawberry Angels 2021. Making the most of life”. The group had planned to go to a Strawberry Festival event, but it was cancelled due to Covid-19.