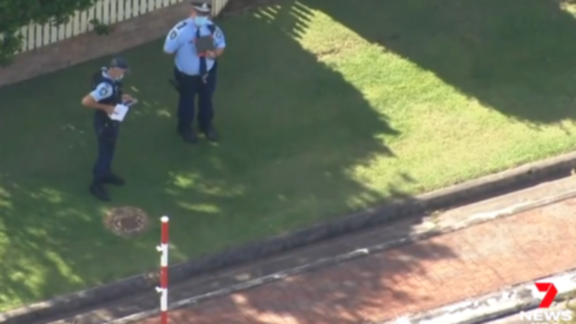 A teenager has died and another is charged with murder after what police allege was a pre-arranged fight on the NSW Central Coast.

Just after 11pm on Tuesday, emergency services were called to Langford Drive in Kariong and found the 13-year-old boy with stab wounds to his chest.

Watch the video above for more on the incident

Neighbours and other children attempted to assist and performed CPR on the boy before paramedics arrived.

“They were coming down the street and they were yelling out my name, and I came out, and I saw him lying on the ground. Then I rang the cops,” one neighbour told 7NEWS.

The boy was taken to Gosford Hospital in a critical condition, but died a short time later.

Police were told the teen was injured during an alleged altercation.

They are now investigating what happened in the lead up to the alleged fight and say there were around six young witnesses.

A 13-year-old boy was arrested at a home on Wednesday and has been charged with murder.

The teenager was refused bail and will appear at a children’s court later on Wednesday.

Anyone with information that may assist investigators is urged to contact police.