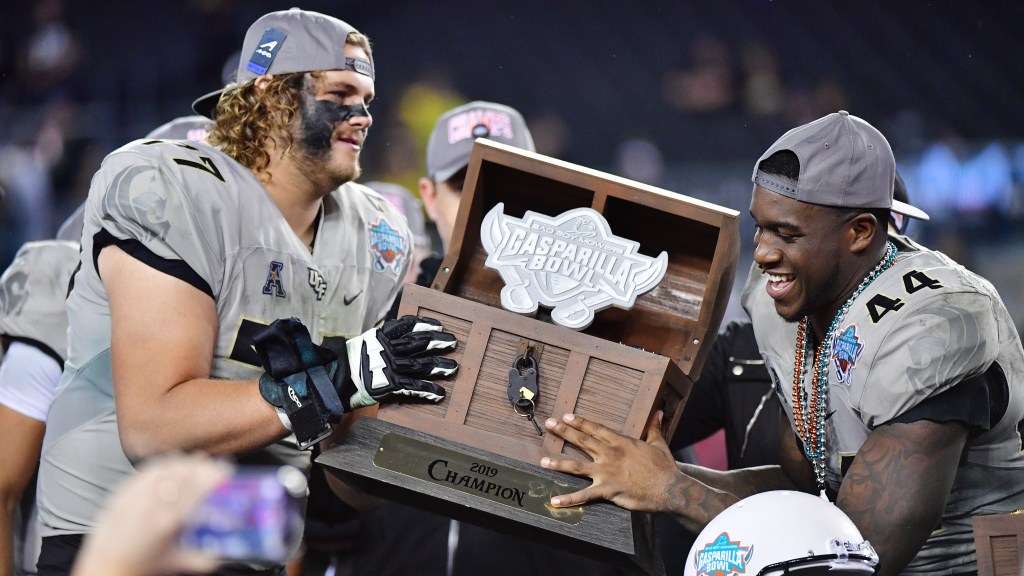 It’s hard to imagine the bowl organizers didn’t know what they were doing. Florida reached bowl eligibility by winning its final game against Florida State, and the reward was a trip to Tampa to take on UCF in the Gasparilla Bowl at Raymond James Stadium on Dec. 23.

There has been some controversy between the two fanbases over the last several years. The Knights accused UF of refusing to play a home-and-home, and while the two teams eventually agreed on a two-for-one series, those games will be spread out, with UCF coming to Gainesville in 2024 and 2033 and the Gators heading down to Orlando in 2030.

Now, we get to see them face off in just a few weeks. Though the battle between 6-6 Florida and 8-4 UCF doesn’t have the luster it could have had a couple of years ago, it still carries some interest and ranks No. 31 among the 42 bowl games, according to CBS Sports’ Tom Fornelli.

This game would’ve been a lot cooler a few years ago when UCF was going undefeated and talking all that trash about how schools like Florida were afraid to schedule it. Since then, the Knights have lost two coaches to Power Five programs and poached their own Power Five coach in Gus Malzahn. Also, these two schools just announced a three-game series that will begin in 2024, which strips this game of some of its natural appeal.

And then there are the Gators. Florida fired Dan Mullen last month, and although it has already hired his replacement in Billy Napier, how excited is this team going to be to face UCF in Tampa? I don’t know. Maybe I’ll be pleasantly surprised and both teams will show up and ball out, but it isn’t likely.

Fornelli raises an interesting point. Considering the fact that it’s a low-tier bowl game, the odds are very high that there will be some opt-outs, and it’s hard to know just how motivated the Florida players that do choose to participate will be. Still, this is an interesting in-state matchup that carries a lot of intrigue, though the Gators will likely have less to play for than the Knights.

Interim coach Greg Knox will look to pull off another big victory over an in-state team in his final game at the helm before new coach Billy Napier officially takes over.